Will Autonomous Driving Spell The End For Driving Tests? 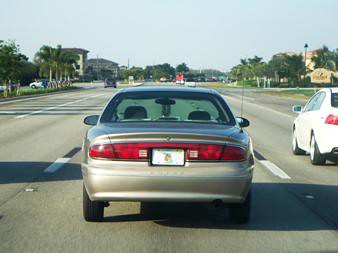 Six months ago, British ministers announced that £19million will be ploughed into driverless research, with many already-working prototypes up for testing. As technology across the globe continues to be developed and enhanced, the UK is already behind in terms of pace, but is there a good reason for this? Do we really want driverless cars and if so, what does this mean for the traditional driving tests?

As it stands now, the UK is yet to launch its own driverless vehicle that can be driven on public roads. However, those wanting to test such vehicles on public roads will be able to do so without the need for a permit or certificate. Nevertheless, it is rumoured that a Code of Practice will be published this spring for testers to adhere to.

Already on the market and ready to be driven is Google’s self-driving pod, which is said to be well developed and is now openly tested in the US. Then there’s the lead manufacturer, Volvo, at its base in Sweden, as well as the tech-savvy Japanese who, unsurprisingly, already have their fingers on all the right buttons.

So with testing finally approved and plenty of manufacturers backing the UK’s push to be forward-thinking, it become more important than ever to get a clear understanding of what this means for both learners and those with standard driving licences.

No Tests for Fully Automated Vehicles?

In relation to the Highway Code, current autonomous cars are expected to adhere to the guidelines already in place, but the Highway Code will soon need to be changed to get the most out of such vehicles if they become mainstream.

The technology in these cars can of course not be overlooked. They have the ability to allow for more accurate driving, meaning that tailgating may no longer cause a threat or that cyclists could be overtaken with greater ease. Another benefit to be discussed is how to cut emissions.

Another aspect with a question mark hanging over is insurance. Many are wondering what this will mean in the event of an accident – who/what does the liability fall onto? Others are simply excited about the potential for driverless cars reducing the number of insurance claims.

Business Secretary, Vince Cable recently commented on the topic, saying, “I think the good thing is that in the UK we’re developing the technology in parallel with a proper understanding of the rules and regulation.”

In conclusion, autonomous driving is not set to spell the end for driving tests but it is predicted that the future may hold solutions for those who can’t or don’t wish to drive conventional cars.

This entry was posted on Thursday, April 9th, 2015 at 9:34 am and is filed under Driving Safety, Driving Test, Learning To Drive, UK Driving Law. You can follow any comments to this entry through the RSS 2.0 feed. Both comments and pings are currently closed.