Whatever Happened to Flying Cars? 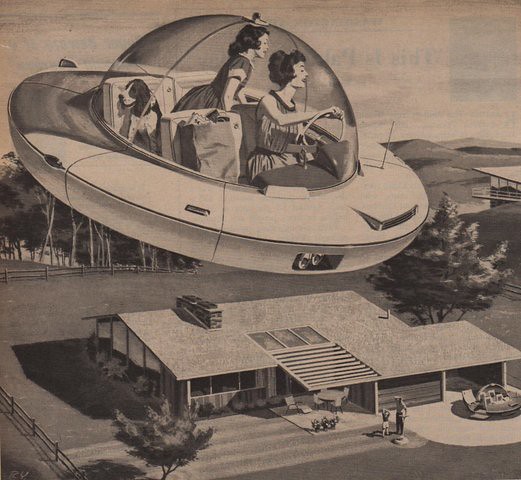 The flying car has long been an icon of popular culture’s vision of the future. However, most people think that it will never happen – when in reality, the truth is that it already has. The flying car has in fact already been invented, and on no less than two separate occasions – and in fact the first such invention was actually created all the way back in the 1940s by a man named Ted Hall, an aeronautical engineer based out of San Diego in the United States.

The story of Ted Hall

Hall worked for an aircraft manufacturer known as Consolidated Aircraft Corporation (which would later be rebranded as Consolidated Vultee Aircraft Corporation, or simply Convair), which was responsible for the manufacture of everything from bombers and commercial airliners to NASA rockets and fighter jets. During World War II, when the corporation produced thousands of planes for the aerial efforts of the US military, Hall developed the idea of a new plane for use in special operations, one that would be able to fly and land behind enemy lines and then lose its wings and transform into a motor vehicle.

Hall began to develop the vehicle autonomously in 1939. Of course, the flying vehicle did not resemble the sleek vehicles seen in the likes of Back to the Future and Blade Runner. It came in individual modular pieces, but as time went on his attempts began to be seen as rather more credible than they had at the start of his endeavour. The second model, known as the 118, was even featured in a newsreel in 1946 and Popular Science magazine in April of the same year. The rights to the vehicle were then bought by Hall’s old company, CAC, only for the vehicle to crash in a test flight when it ran out of petrol. This was due to the pilot – who managed to survive the incident – failing to check the fuel tanks for both the car and the plane sections of the flying car.

Despite the crash being the pilot’s error, Convair lost confidence in the project and Hall’s dream was dashed. Another attempt was made with a very similar idea in the 1970s by Advanced Vehicle Engineers founder and President Henry Smolinski, but this one proved to be riddled with issues from day one, and when a test flight ended in the death of both pilots, that was the end of this project as well.

However, that is not the end of the story for flying cars. More recently in 2002, a prototype for a flying car was built by inventor Dr Paul Moller, who became famous when the car was shown hovering on a test pad for as long as forty seconds. Financial hurdles have so far prevented Moller from mass producing the Skycar, but that could soon change as Moller is in negotiations with an engine manufacturer to produce the rotary engines used in the vehicle. So could the flying car be on the way after all? As they say in the movies, keep watching the skies…

This entry was posted on Thursday, March 1st, 2018 at 7:16 am and is filed under Car, Motoring News. You can follow any comments to this entry through the RSS 2.0 feed. Both comments and pings are currently closed.