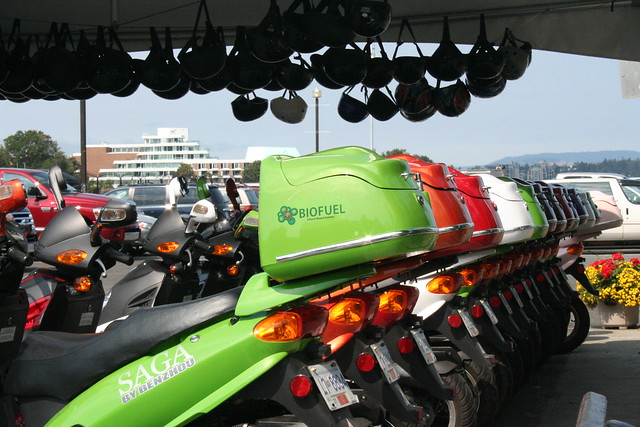 Almost everyone has heard of biofuel, but not everyone is clear on what it is, or why it might be a preferable alternative to petrol or diesel when fuelling a vehicle. In recent years, there has been considerable emphasis on how we treat Planet Earth, and the things that we can do if we want to slow down the buildup of greenhouse and other harmful gases.

Vehicle emissions refer to the stuff that vehicles emit when they are either on the move or are stationary in traffic. Research has shown that the amount of petrol or diesel fumes that a vehicle emits not only affects the atmosphere, they can make some people quite ill. So not only are we harming the planet by using fossil fuels (petrol and diesel) we’re damaging our own health. So, what is Biofuel?

Biofuel is in theory a greener alternative to the fossil fuels that we mainly use at present. Fossil fuels give out harmful emissions, whereas biofuels are more natural products, which should make them less harmful both to people and to the environment.

There are different types of biofuels, but the most important thing about them is that they are sustainable and produce fewer harmful byproducts. Biofuels can be derived from waste products, and should not have the same deleterious effects either on people, or on the environment.

What Benefits are Gained from Using Biofuels?

First of all, producing fuel from existing crops and waste products is a lot more effective than relying on oil and petroleum that has to be shipped from across the world. When you burn biofuels, a lot less harmful fumes are released into the air than is the case with gas, coal, and petroleum.

Biofuels don’t produce the harmful greenhouse gases that could, potentially, destroy our planet. Trees grow and absorb carbon dioxide and release oxygen, which is what the planet really needs. Because biofuels are natural products they don’t release carbon dioxide, so, in theory, they’re altogether better for the planet.

The main drawback of biofuel is that making it requires equipment like tractors, so these fuels require an enormous amount of energy for their production, which is not good for the atmosphere. A lot depends on what you believe, and which set of research findings you find more credible, but biofuels are almost certainly here to stay.

This entry was posted on Thursday, September 22nd, 2016 at 7:05 am and is filed under Car. You can follow any comments to this entry through the RSS 2.0 feed. Both comments and pings are currently closed.