US Muscle Cars: What, How… and Why? 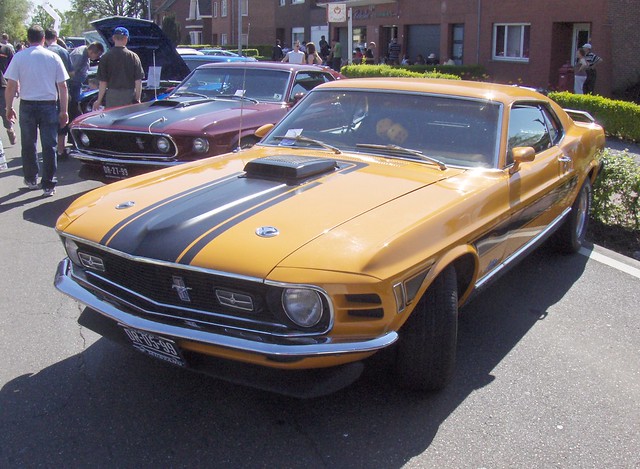 Classic American muscle cars are a truly unique creation, capturing the spirit of the open road and the automotive industry in a way that no other motor vehicle has ever quite managed to do.

What is a muscle car and why are they popular?

Muscle cars have a loose definition in that they are generally small, two-door vehicles powered by high displacement engines that are more commonly found within bigger, full-sized sedans. Classic American muscle cars are still a source of huge debate between car lovers, with motor enthusiasts and gearheads being particularly passionate about these cars, a passion generated due to the engines and the overall aesthetic appearance of the vehicles.

How to find a muscle car to buy

Classic muscle cars remain hugely popular sellers at motor dealerships and auctions all over the United States of course, as well as at various UK locations, and there are a number of models that are among the very best muscle cars ever built…

The identity of the very first muscle car is something of a bone of contention among enthusiasts, but many people are inclined to agree that the 1967 Pontiac GTO takes that title. The GTO model, which included a 389 cubic inch V8 engine, was so extraordinary that senior General Motors executives, who had been opposed to the idea, soon changed their minds, resulting in an explosion of Chevrolet, Buick, Pontiac and Oldsmobile muscle cars.

The Ford Mustang may well be the brand that has the most association with muscle cars in the eyes of the general public, having been synonymous with the vehicles for nearly 50 years now. The years have seen many classic vehicles produced as Ford Mustangs, but the 1969 Ford Mustang Boss 429 remains incomparable. Oddly, this car’s engine was not particularly noteworthy or even powerful, but with less than 1400 made from 1969 to 1970, they are very rare, and thus very much a favourite with car collectors all over the world.

Referred to as “Cobras”, these muscle cars were made in two body styles, the popular sport roof fastback and the less common hardtop. The performance package of this vehicle included a standard 428 V8 engine that had 355 horsepower and a Holly 4bbl, with the performance peak boosted to an impressive 5600 revs per minute by Optional Air Ram. With just 3000 of the 14,000 Cobra being the hardtop version, they are now highly prized by collectors.

The granddaddy of the muscle car, the 1949 Oldsmobile Rocket 88 gets the credit for kicking off the drag racing craze. This muscle car also kick-started a whole new genre of motor vehicles by having a V8 engine installed in the lightweight body of the Rocket 88, which car historians say was the beginning of today’s high performance era. High compression, short stroke V8 engines remain as popular as ever, being introduced in 1948 and resulting in every auto manufacturer using the engine by the middle of the 1950s. The 1949 Oldsmobile Rocket 88 is the most influential muscle car in auto history.

This entry was posted on Thursday, September 27th, 2018 at 6:56 am and is filed under Car. You can follow any comments to this entry through the RSS 2.0 feed. Both comments and pings are currently closed.