What Are the UK’s Most Frequently Experienced Vehicle Problems? 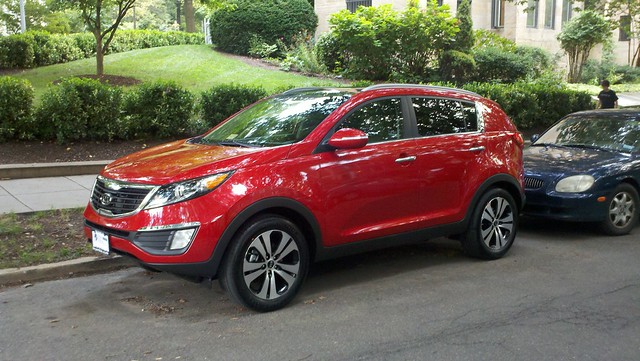 Premium car brands are often perceived as being plagued by constant failures, and yet according to new data that looks at the chronic faults examined by garages in the United Kingdom, the truth is that the most attention seems to be required by the more affordable motor vehicles.

An analysis of the repair jobs on the most popular 1000 cars on WhoCanFixMyCar.com, an online website for car services and repairs, has been carried out, as has a ranking of those vehicles most commonly reported to have issues in categories including brake repairs, gearbox repairs and clutch replacement.

The vehicle that took the top spot when it comes to brake issues was the Kia Sportage, which had 20.03 percent of all the work done on it being related to this area, in comparison to brake issues accounting for just 9.19 percent of problems with other vehicles. Second place went to the Jaguar XF at 19.71 percent, with fellow premium models, such as the BMW-1 Series and the Mercedes C-class, also coming in the top 10. However, most of the cars in for brake repairs came from affordable name brands, such as the Nissan Juke, the Mazda6, Toyota Auris, Vauxhall Insignia, Kia Picanto and Fiat 500.

According to the data, a large MPV, the Ford Galaxy, is at the top of the list when it comes to gearbox repairs with a total of 17.19 percent of this vehicle’s problems being connected with this component, a far higher proportion than is the case with any other vehicle.

The Honda Jazz city car is second on the list with 11.12 percent, which is still a lot higher than the average figure of 4.01 percent for the rest of the 100 models studied. The Honda Jazz also topped the list for exhaust repairs with 16.97 percent. With steering and suspension, the highest ranked for issues was the Citroen C5, with 2.92 and 9.92 percent respectively, compared to the average of 0.77 and 2.70 percent.

20.57 percent of all jobs posted on the platform for the Peugeot 107 were for a clutch replacement – far above the average figure for clutch replacements on the rest of the list of the top 100 models, which was just 8.39 percent. The Toyota Aygo came in second place with 20.35 percent, which shares the underpinnings of the 107 together with the Citroen CI, which scored 16.14 percent.

According to Louis Butcher of WhoCanFixMyCar.com, a manufacturer’s notice was released back in 2013 that addressed the clutch plate and clutch fork issues, with improvements being made in order to prevent persistent issues, but there are still tens of thousands of models made prior to 2013 which still have those obvious problems.

Butcher says that their platform’s data provides further evidence of the existence of the issue and that clutch replacements do not come cheap; £325 being the average quote for those models. The Peugeot 101, Citroen C1 and Toyota Aygo also appear in the top 10 exhaust repairs list, implying that those looking for second hand models to purchase should investigate certain areas before making any deals.

This entry was posted on Thursday, April 19th, 2018 at 6:46 am and is filed under Car, Car Buying Adive, Car Maintenance. You can follow any comments to this entry through the RSS 2.0 feed. Both comments and pings are currently closed.