The Story of Top Gear 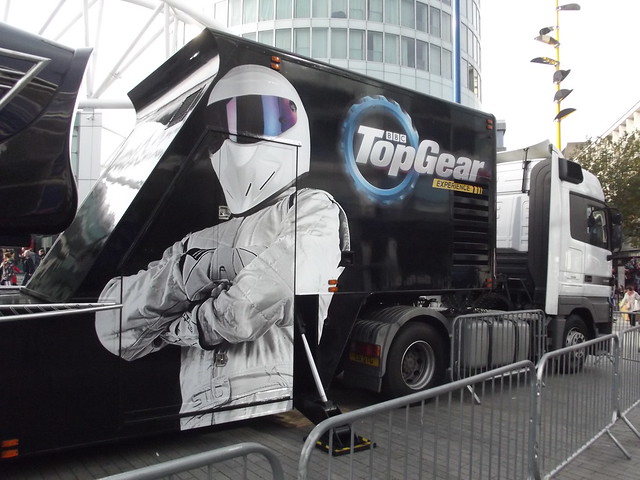 Anyone who owns a television set, or has ever opened a newspaper, will have heard about Top Gear. However, the programme may not have entered your world until just over a year ago, when the lead presenter Jeremy Clarkson was fired for his treatment of a back stage colleague. So, what is the rest of the story?

In the beginning – 1977 – Top Gear was only shown in the Midlands and did not appear on the wider BBC network until a year later. The show originally ran for just half an hour, and presenter Angela Rippon was on board at the start and remained so when the show was networked a year later. One of the fondly remembered presenters was William Woollard, of whom more later. The show was quite popular and in 1988, Jeremy Clarkson, then an unknown reporter, got his television debut on the show as a junior presenter.

Even though the show was considered a bit on the macho side in the 80’s, it was very popular with major vehicle manufacturers. One of the reasons the industry was so interested in the programme was its influence over the car buying public. If the presenters didn’t give a particular vehicle a good review, it could affect sales figures, as was reputed to have happened with the Vauxhall Vectra.

Clarkson remained as a presenter in 1999, when James May joined the Top Gear team. Even though Top Gear was a programme with a huge audience, it was decided that changes needed to be made and the BBC cancelled it in 2001.

In 2002, the show was taken up by BBC London bosses and re-launched in a new format in 2003. Top Gear then became studio based, with an audience, a change from the earlier magazine type format, and shortly, Richard Hammond joined the team.

Was it the End?

The three presenters, Jeremy Clarkson, James May and Richard Hammond were extremely successful on the show, at least until March 2015. Clarkson assaulted someone behind the scenes, and was promptly sacked. The BBC tried relaunching the programme with Chris Evans and Matt Le Blanc – Joey from Friends – presenting in 2016, but this did not prove as popular, and Evans left after one series.

Repeats of the show are still popular however, and even the 70’s and 80’s version creates a certain amount of buzz from time to time. When a picture of former presenter William Woollard was posted on Facebook, it started a craze – “Woollarding”. It wasn’t long before people all over the country were posting pictures of themselves with their vehicles, in a similar stance to Woollard, all over the social media sites. People even took pictures of their pets perched on the open boot of their vehicle.

Many people would like to see the return of Top Gear with the team of Clarkson, May and Hammond, but whether the BBC will ever decide to take a chance with Clarkson again remains to be seen. The fact is that, bad tempered and rude though he was, that team was a considerable audience draw around the world.

This entry was posted on Thursday, September 29th, 2016 at 6:31 am and is filed under Car. You can follow any comments to this entry through the RSS 2.0 feed. Both comments and pings are currently closed.