The Most Expensive Cars Ever 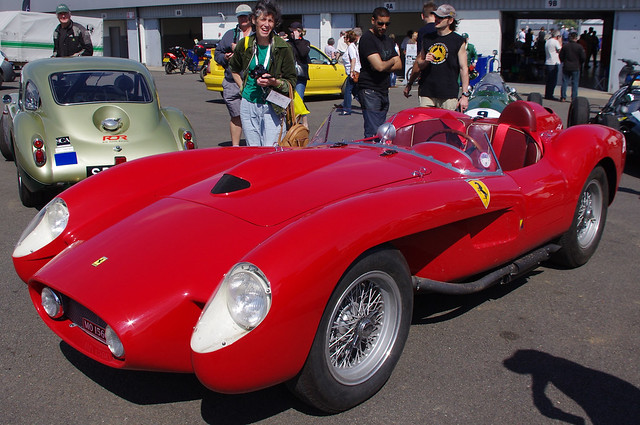 It used to be the case the people went to car auctions in order to find themselves a road worthy vehicle at an affordable price. Since the nineteen eighties, however, this has changed. In a decade when most ordinary people were struggling to pay their bills, as they are today, the richest in society didn’t know what to spend their money on. Buying classic, usually much older cars for a huge amount of money has become a means whereby the better off can advertise their status.

Auctions, especially those dealing with cars, have become the playground of the rich. People spend exorbitant amounts of money to obtain a vehicle that, they hope, nobody else has. In the last 25 to 30 years, the interest in classic and very expensive cars has grown considerably. This article looks at some of the more expensive cars sold at auction in recent years.

In the summer of 2011, a Ferrari enthusiast from Monterey in California paid the huge sum of $16,390,000 for the 1957 Ferrari 250 Testa Rossa. While this Ferrari is a beautifully designed sports car, just imagine the number of ordinary cars you could purchase for just a fragment of those millions! Yet another 1957 Ferrari 250 Testa Rossa was sold at auction for the staggering amount of $12,402,500 to a classic sports car fanatic from Italy – bear in mind that this was at 2009 prices.

In August of 2011 an auction goer from Monterey California shelled out an incredible $10,340,000 for the stunning 1931 Duesenberg Model J Murphy-Bodied Coupe. This really is the classic car par excellence – think LA gangsters and prohibition with its soft top, huge front lights, and the wide running board.

The beautiful Bugatti Royale Type 41 Kellner Coupe would be the dream of many classic car aficionados, if only they could afford the $9,800,000 paid by a rich London fan, way back in 1987 – it would probably fetch almost twice that now.
The Bugatti 1937 Type 57 Atlanta Coupe, with its two tone bodywork, set back roof and huge back end, was sold to a buyer from California in 2008 for $7,920,000.

Often thought to be among the best cars in the world, next to the Rolls Royce of course, which is not included in this list, the Mercedes-Benz name is always popular. In 2011 a 1937 Mercedes-Benz 540k Special Roadster, went to a buyer in the US for a cool $9,680,000.

Yet another beautiful example of the 1937 540K Special Roadster went for another huge sum. The car was silver; open topped and with those wide running boards so reminiscent of that decade, and was sold in 2007 to a London buyer for $8,252,000. Phew!

This entry was posted on Thursday, December 29th, 2016 at 6:54 am and is filed under Car. You can follow any comments to this entry through the RSS 2.0 feed. Both comments and pings are currently closed.