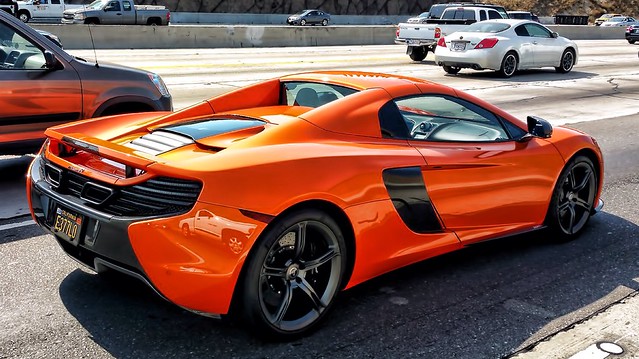 McLaren has long been one of the most successful manufacturers of racing cars in the United Kingdom, revered by fans along with the likes of Chaparral and Lola. The company, which is based in Woking, could have stayed in that successful niche, but instead made the potentially risky decision to begin manufacturing world-class supercars, and challenge Ferrari while turning itself into a household name. But how did McLaren go from racing cars to the new 250mph hypercar known as the Speedtail?

How it all began

The founder of the company was Bruce McLaren, who at the age of just 13, in 1950, convinced his father to create a race car out of a 1929 Austin. McLaren began racing in the late 50s, and in 1963 founded Bruce McLaren Motor Racing; it quickly evolved into a Formula 1 outfit. By the time of the 1980s McLaren had achieved numerous victories and gained a strong reputation for its innovative practices.

McLaren’s first road car came in 1970 in the form of the M6GT, which it developed with Trojan. The design was based upon the MGA race car that had been created for inclusion within the Can-Am series, but made use of a 5.7-litre V8 engine with 370hp sourced from Chevrolet. The company was already experimenting with lightweight materials like aluminium and resin. Tragically, the same year Bruce McLaren was killed in an accident and just three versions of the M6GT were produced.

Few outsiders predicted the advent of the F1 in 1993, with McLaren’s world-beating supercar seemingly coming out of nowhere for most, yet its origins went back five years to 1988. Then, a delayed flight led to Ron Dennis, the company chairman, technical director Gordon Murray, marketing division head Creighton Brown and rich shareholder Mansour Ojjeh to brainstorm methods of capitalising on McLaren’s track success.

The company had had no previous experience manufacturing road cars, and no way to even distribute them, but the four men went ahead and founded McLaren Cars anyway, intent on making the best-handling and fastest car in the world. Work began in earnest in 1989 and McLaren made history by becoming the first automobile manufacturer to create a carbon fibre monococoque for use in a regular production car. The F1 was drawn completely by hand by Lotus Elan M100 designer Peter Stevens. The F1 made use of a 6.1-litre V12 engine (capable of 672hp as well as 480lb-ft of torque) that was designed by BMW. In 1992 the new vehicle made its debut at the Monaco Grand Prix, and won the competition. Production ended in 1998.

From there McLaren went from strength to strength, producing a variety of racing and road cars including the likes of the 675LT and the 570GT, the latter being the most usable car to date. Now, in October 2018, the company has revealed the McLaren Speedtail, which will enter production at the end of 2019. The Speedtail is promising a 250mph top speed and will go from 0-186mph in 12.8 seconds, with 1036 bhp delivered by a petrol-electric hybrid drivetrain. In 2019 McLaren is likely to build its 20,000th car, as its success story goes on.

This entry was posted on Thursday, November 22nd, 2018 at 6:25 am and is filed under Car, Motoring News. You can follow any comments to this entry through the RSS 2.0 feed. Both comments and pings are currently closed.