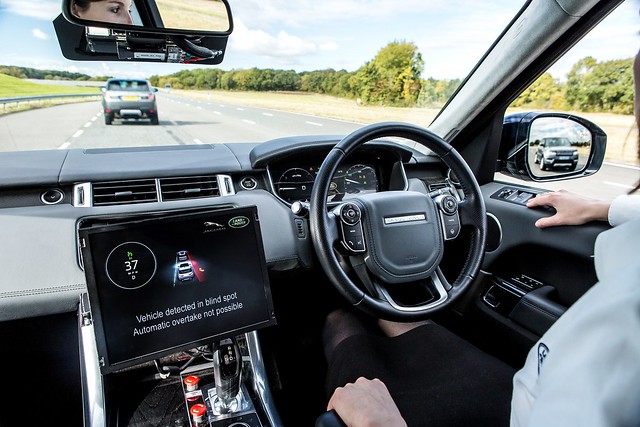 The biggest connected and autonomous motor vehicle test ever held on public roads in the United Kingdom took place in November in Coventry, with the self-driving technology being tested out in real-life situations for the very first time. The trials were organised by the UK Autodrive Project, members of which include the likes of Jaguar Land Rover, the Tata Motors European Technical Centre and Ford. All of them donated one of their own models to take part in the test, with Ford sending a Mondeo, Tata a Hexa, and Jaguar Land Rover sending both an F-Pace and a Range Rover Sport.

The autonomous technologies behind the notion of self driving vehicles are actually already being implemented in modern cars, such as vehicles that have self parking systems. However, there is a big difference between innovative tech such as this, and actual self driving vehicles that are able to deal with all the demands of modern driving – like speed limits, stop-start traffic and even possible accidents.

This dream is perhaps surprisingly very close to becoming actual reality, with corporate giant Google having been working on its own project for a number of years now already. Lexus RX 450h and Toyota Prius vehicles were fitted with the technology and were road tested on roads in Florida and Nevada for thousands of miles, with not a single accident recorded while the vehicles were under full computer control. The hope of all those who are developing the technology is to create autonomous vehicles that are much safer than those driven by people, and to prevent often serious or even fatal accidents that are usually a consequence of human error.

The purpose of the trials was to examine the effectiveness of connecting vehicles with regard to them actually “communicating” with one another, road obstacles and traffic lights, as well as testing their ability to network and offer advanced information, including emergency vehicle warnings.

JLR and TMETC, the two subsidiaries of Tata, are presently focused on the testing of autonomous vehicle technology with the use of GPS-connected cars which are capable of being autonomous, but still have an actual human driver for the sake of safety. There are advanced plans to have the trials expanded to include Milton Keynes in the first few months of 2018, and the second half of next year will also see one final series of demonstrations on the open road.

The prototype from Range Rover Sport was also at Level 4 autonomy, allowing it to drive itself, but again to have a driver in case of emergency. The technology is intended to make the car negotiate junctions and roundabouts, and accurately respond to traffic light signals while driving around a simulated network of urban roads. TMETC, a subsidiary that is wholly owned by Tata, has previously performed a trial of a modified version of the Tata Tiago, and is the primary developer behind the Tata Tiago EV that was unveiled in September as well as the Bolt BEV.

This entry was posted on Thursday, January 25th, 2018 at 6:40 am and is filed under Car, Driving Safety, Motoring News. You can follow any comments to this entry through the RSS 2.0 feed. Both comments and pings are currently closed.