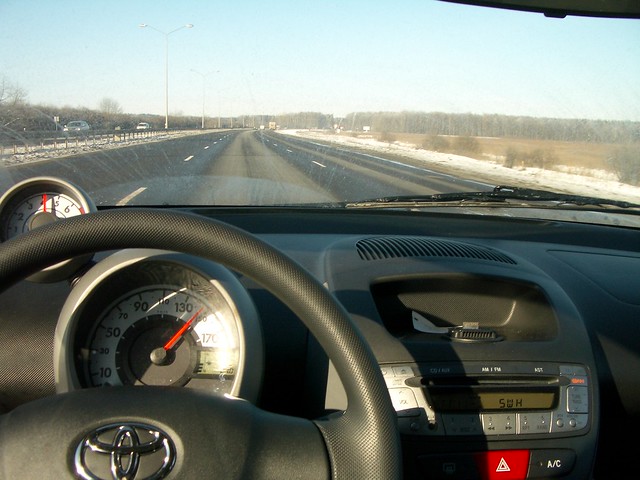 Most young drivers looking for their first small car aren’t going to be awash with money, but that doesn’t mean you have to drive a rusty mid-70’s deathtrap (like new drivers in the mid-80’s had to). It’s much easier these days to find a ten-year old car that’s affordable, reliable and not as embarrassing as the mobile scrapheaps the previous generation had to put up with. Cars have got better, generally speaking; more economical to run, safer and more reliable. And there’s more good news; long-running models like the Golf and the Clio mean that there’s something to suit every pocket, if you’re prepared (or forced by financial necessity) to go for something a little older.

The oldest Aygos are now celebrating their ninth birthdays, and they’re definitely worth a look. Easy to handle with great reliability, the basic model came with a CD player, airbags and ABS and a fairly nippy 1.0 litre engine. Insurance is relatively cheap, with the base models in Group 2. It shouldn’t be too difficult to find one around 8 years old for £1800 or less.

The Ka has been around since 1996, and the oldest ones are going to look a little tired. If you can find a decent one however, they’re a great city car, and sold extremely well at the time. Look out for rust on these early models. The main advantage for young drivers is the availability of very cheap examples; because they sold so well in the UK, there are a lot of them about. A reasonable ten-year old Ka can be had for well under £500.

Tens of millions of Golfs have been sold worldwide in the last 40 years, and while the earliest models certainly look dated now, the third generation (launched in 1993 and sold until 2001) has aged pretty well. You’ll want to check which exact model you’re buying, as the VR6’s will be expensive to insure. Reliable, if high mileage Golfs can be found for around £450.

The Corsa is another small car with a long history. It was first sold in 1983 as the Nova, taking its current name in 1993. Models from 2002 onwards were very popular in the UK following a styling update, with engine choices from 1.0 to 1.8 litres. 2003 models, with ABS and power steering should be under £600 with the mileage at around 100,000.

Another very popular hatchback with an excellent choice available on the second-hand market, the 2005 models still look fairly up-to-date and will set you back around £600-£800. Check that the bonnet catch problem has been sorted out; some drivers had problems with the bonnets flying open in 2006. These third generation Clios come with petrol engines up to 2.0 litres, or a 1.5 litre diesel version.

Whatever small car you choose, it’s always a good idea to get older models looked at by a mechanic before you part with any money. Both the AA and the RAC offer a vehicle inspection service, as well as checks on the car’s history. These can be expensive, especially if the car itself is cheap, so if you’ve got a friendly local mechanic who might be persuaded to have a look at it instead, don’t be afraid to ask!

This entry was posted on Thursday, September 25th, 2014 at 12:00 pm and is filed under Car Buying Adive. You can follow any comments to this entry through the RSS 2.0 feed. Both comments and pings are currently closed.