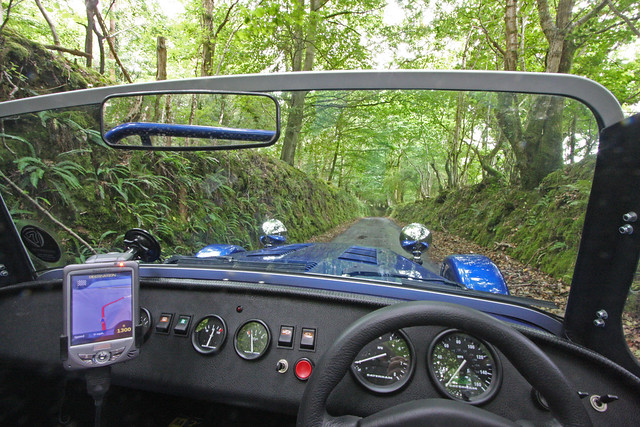 If you love seeing the latest clips on the internet of cars being driven into rivers by unfortunate drivers who depend far too much on sat navs, you will love the new changes proposed by the DVSA. Thanks to the ‘Motoring Revolution’ initiative launched by the Government earlier this year, the body is now looking at ways to bring the standard driving test up to date. And this, they say, is going to happen by making sure everyone can use a sat nav.

The proposed new system will see the first amendments to the general protocol of the driving test in 20 years. Under the scheme the standard 10 minute ‘independent’ driving section will be completely removed. In its place will be a full 20 minutes section of driving led by your sat nav. Obviously, this begs the question of what happens to people who do not have, or want to use, a sat nav when they drive. And it doesn’t consider learner drivers who just want to be assessed on their skill behind the wheel. But the government feels it will bring a new ‘reality’ to the assessment.

The Dangers of Sat Nav

The Government say that the current use of sat navs and other forms of the technology in cars is causing them a real headache. Distractions caused by such gadgets used on the road is said to be increasing the number of incidents across all ages of driver, but especially in new, younger licence holders.

In a recent survey, more than one in 50 people stated that having a sat nav in their car has either caused, or nearly caused an accident. And with half of all drivers now owning the devices, training is obviously required. By making sure new drivers can cope with these potential distractions before they go out by themselves, the DVSA says it should make the roads safer for all.

Those against the new changes have suggested that it is the apparent ‘gung-ho’ attitude of young drivers, and the distraction caused by mobile phones that are causing the majority of road traffic accidents amongst young people. They say that the proposed changes do nothing to address this.

It seems that the leading driving organisations are now coming round to the idea of the new test, which will be trialled by 2-3,000 potential new drivers in the coming year. Many driving instructors are seeing these revisions as a way to create a more relevant driving test. It is hoped that it will prepare new drivers for what really happens on today’s roads – and give them the tools to cope with it.

On an even more positive note, it is also likely that the dreaded three point turn will also be removed from future tests. The standard ‘show me, tell me’ section of the test will also be brought up to date. But if you are learning to drive and want to pass your test before these changes come in, book your theory test now. Public consultation could take place as early as next year – and then the fun will begin!

This entry was posted on Thursday, October 8th, 2015 at 7:19 am and is filed under Book My Theory Test, Driving Safety, Driving Test, Learning To Drive. You can follow any comments to this entry through the RSS 2.0 feed. Both comments and pings are currently closed.