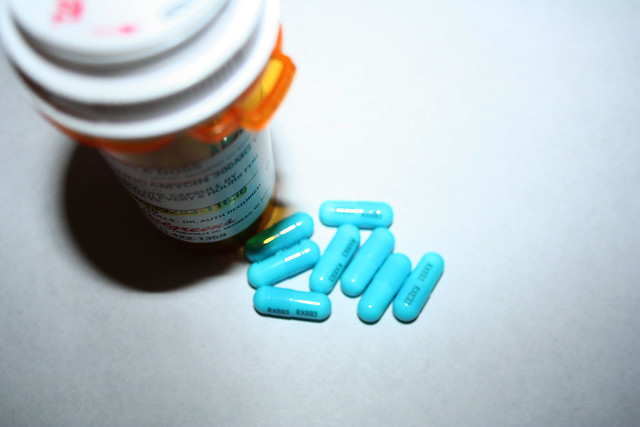 Take a look at the statistics on road accidents and their causes, and you will see that while it might be common sense to not drink or take strong drugs when you are driving, people still do. In 2010, more than eleven percent of fatal driving accidents involved a driver who was under the influence of prescription drugs.

Problems with Drugs and Driving

While it is easy to identify someone who may be driving under the influence of drugs (largely because their reactions are similar to those of a drunk driver) it’s not easy to tell whether they’ve taken prescription or illegal drugs. There is no accurate roadside test at this point to assess whether the drugged driver has taken prescribed, or banned substances. Prescribed drugs, particularly those that can cause drowsiness, have warnings, either on the outside of the packaging, or in an enclosed leaflet. People taking these drugs, including some forms of antibiotics, should not be driving.

Both illegal, and the majority of prescription drugs, impair your judgment, and in some cases your eyesight. Even if your judgment is not impaired, drink and drugs can have a serious effect on how fast you react in a given situation. If your ability to react immediately to some situations is impaired, then you could be a danger to other road users. Some people who take drugs, whether prescribed or otherwise, are not tested for those substances if they have been driving over the alcohol limit – in such cases the test won’t be administered because the person is already breaking the law when they are under the influence of alcohol.

In the UK, there are strict laws on how much alcohol you can drink and still be safe to drive. Some people think that it’s okay to have two or three drinks and still be a safe driver, but that’s not the case. The government website Think gives the limit in Wales, Northern Ireland, and England as 35 microgrammes of alcohol to 100 millilitres of breath when tested. It is not easy to say what is a safe level of drinking, because the limit is affected by such factors as body weight and gender. The safest thing to do, if you don’t want a fixed penalty of being banned from driving for 12 months, along with a criminal record, is not to drink at all when driving. The average annual figure for serious road traffic accidents where drink is involved is 3,000 deaths. Is a drink worth risking being a statistic of drink driving? If it isn’t then don’t drink and drive, and certainly don’t drink, take prescription drugs and drive – it just isn’t worth it.

This entry was posted on Thursday, April 28th, 2016 at 7:23 am and is filed under Driving Safety, UK Driving Law. You can follow any comments to this entry through the RSS 2.0 feed. Both comments and pings are currently closed.