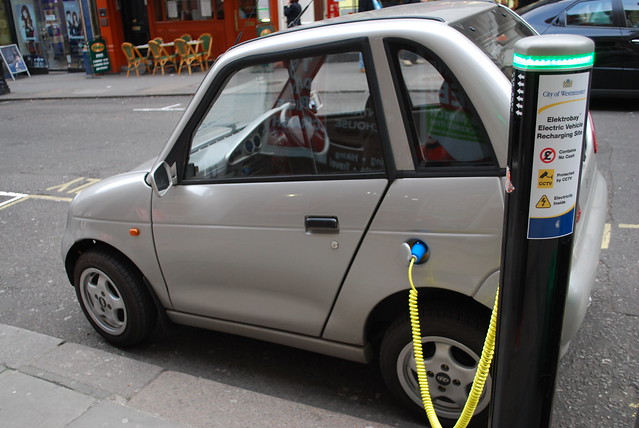 While dinosaurs stomped around in Mesozoic landscapes, between the Triassic and Cretaceous periods, uncountable trillions of tiny plants and animals were born, died and sank to the sea bed in the warm, incredibly fecund, but long-gone Tethys Sea. What’s all this got to do with choosing a car, you ask?

Well, unless this is the first thing you’ve ever read, you’ll be aware of (at least) three things. Firstly, cars tend to require oil. Secondly, because oil comes from ancient organisms like those that lived in the Tethys Sea, there’s a limited amount of it. Thirdly, climate change is happening and it is caused by human activity, including the use of fossil fuels. This last one is a fact rather than an opinion; 97% of climate scientists agree. If 97 doctors told you you needed an operation, and 3 doctors told you you’d be just fine, and that you should go back to work and forget about it, which would you believe?

At this point, as a new driver, you may be thinking “that settles it – I will now purchase an electric car, thus ensuring the safety and happiness of future generations.” Unfortunately, for most young drivers, it’s not quite that straightforward. Electric vehicle technology is in its early stages. It’s expensive, in some ways it’s inconvenient, and it’s worth remembering that energy isn’t free; the electricity you use to recharge your car has to come from somewhere.

Current electric vehicles are divided into hybrid and 100% electric. Hybrids, the most famous of which is probably the Toyota Prius, tend to rely on a battery for low-power, low speed driving (such as around town), and also have a normal fuel engine which kicks in when you reach faster roads. The clever part (or one of the clever parts, to be fair) is that the normal engine recharges the battery as you drive. Emissions tend to be lower than fossil fuel engines, MPG figures tend to be better, and reliability tends to be excellent. You can expect to pay between £1500 and £2000 for the cheapest used hybrids; you’ll probably be looking at a 10-year old Honda Civic with over 100,000 miles on the clock.

If you only drive short distances in a city and you don’t mind looking like Postman Pat, your electric car options for less than £2000 consist of the Reva G-Wiz. Fuel costs and road tax will be zero; you can literally plug it in to a wall socket, meaning running costs will be just over 1p a mile. Range is about 50 miles. Be aware that there were serious safety concerns over the original G-Wiz’s ability to survive an impact.

For the majority of young drivers, petrol or diesel engines are still the only realistic options. The huge number of petrol engined cars on the second hand market means there’s a choice of almost any style at well under £1000. If you’re likely to do a lot of motorway driving, a diesel engine can work out cheaper to run, and while diesel is more expensive than petrol these days, the engines tend to achieve better MPG figures. Electric and hybrid cars are improving all the time, however, and government-run incentives to buy eco-friendly vehicles are likely to become more attractive in the next few years.

This entry was posted on Thursday, October 9th, 2014 at 12:00 pm and is filed under Car Buying Adive. You can follow any comments to this entry through the RSS 2.0 feed. Both comments and pings are currently closed.