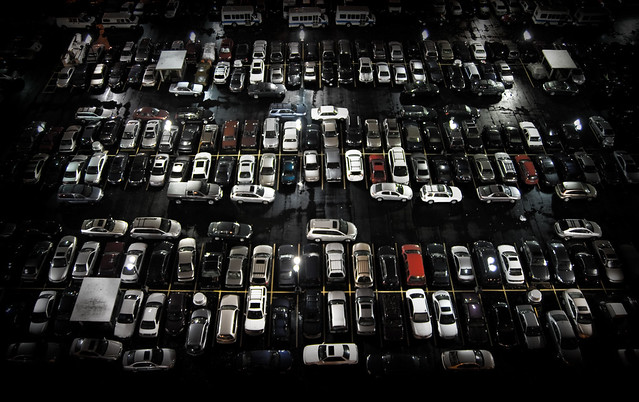 Parking complications could result from self-driving cars in the future, according to the results of a new study that suggests that autonomous vehicles may simply drive around, awaiting the return of their owners, so as to avoid accruing parking charges.

Autonomous cars do not necessarily have to park near to their destination, unlike today’s vehicles, and may either look for free parking or even go back home, before being recalled by their owners to pick them up again. It could even be less expensive for driverless cars to just drive around at low speeds and not park at all, the Transport Policy paper suggests.

Data taken from the downtown area of San Francisco was used alongside a traffic micro-simulation model in the study, in order to determine that driverless cars could see vehicle travel more than doubled within and from densely populated urban areas. The paper also suggests that cities may have to regard the development as a chance to create new congestion charges, to try to deal with the impact of driverless vehicles that do not simply park after arriving at their destination. A levy such as this could consist of two charges, one a time based charge that is based around the occupation of public highways, whether stationary or otherwise, in addition to energy or distance based charges.

No-parking cars could lead to chaos on the roads

University of California, Santa Cruz associate professor of environmental studies Adam Millard-Bell authored the paper, and told US Santa Cruz Magazine that the problem it describes could also be further exacerbated by driverless vehicles slowing down to a virtual crawl in order to pass the time.

Millard-Ball told the publication that while parking charges get more people onto public transport and out of their own vehicles, driverless cars not necessarily having to park at all could cause havoc on the roads. The situation was compared to that found in airport arrivals areas where people drive slowly so as to avoid parking fees, with Millard-Ball noting that it just takes a small minority of vehicles to do so to “gum up” the entire works.

Millard-Ball acknowledges that it all comes down to money, and that even with factors such as the likes of electricity, wear and tear, depreciation and maintenance to have to take into account, cruising is still less expensive than the average cost of parking even in small towns, let alone big cities, so no one is going to use a remote lot unless the offered parking is either free, or at least cheaper than the cost of cruising.

The future is coming

Driverless cars are already in the later stages of development and it seems inevitable that one day they will be ubiquitous. Autonomous vehicles are far less likely to make mistakes, and thus be involved in accidents, than human drivers, with safety concerns one of the key issues guiding their development. But many experts feel that more examination of all the consequences of the technology is needed.

This entry was posted on Thursday, February 14th, 2019 at 6:30 am and is filed under Car, Motoring News. You can follow any comments to this entry through the RSS 2.0 feed. Both comments and pings are currently closed.