Motorbikes v Cars: Which Will You Pick? 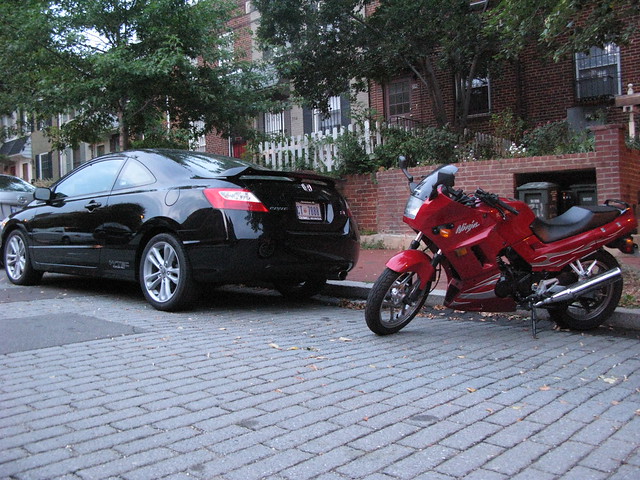 Whether you prefer to learn to drive a car, or to ride a motorbike depends on a number of factors. Some younger drivers may decide to start with a motorbike as they are generally cheaper to buy and to run than a car. On the other hand, some people will prefer a car because they are handy for getting to and from work, and if it’s raining, you tend to remain dryer in a car than you would on a motorbike! This article looks at the pros and cons of both types of vehicle.

Motorbikes tend to inspire a passion in many people, irrespective of age. Bikers like the feel of the wind in their hair (or at least on their faces) and the fact that they can accelerate quicker than in most cars. Motorbikes are generally cheaper to buy than a car and they are certainly cheaper to run. If you are a younger driver than the cheaper insurance for a motorbike can be a huge benefit.

For those with an ecological bent, the motorbike has some huge plusses; it causes less congestion than a car and there is generally less pollution. One of the things that motorbike riders tend to experience far more than car drivers is their passion for the vehicle. The fact is that a lot of bikers ride for fun rather than only using their bike as a means of getting from one place to another. You only have to look at the huge number of motorbike clubs around to know that most bikers are passionate about their machines and about biking.

One of the reasons most drivers will end up with a car is that cars are generally safer to drive, if only for the fact that the driver has more protection. When you are riding a motorbike that’s involved in an accident, you are more likely to sustain some nasty injuries because there isn’t the same external protection as there is with a car.

Cars can often be more convenient to drive, as you don’t require the specialist clothing most bikers wear. If you travel to work in a car, you might think you’re more likely to get in before your biker colleagues, as it can take some time for them to get out of their protective clothing – though in reality, it’s likely to have taken them far less time to get there, so it depends what time they left the house! In some respects, cars are more useful than bikes because you can carry more than one passenger, and you can also collect the weekly shopping more easily.

Cars tend to provide more protection from the weather than a motorbike. Cars are more expensive to buy and more expensive to run than bikes, but you have to decide whether the benefits of having a car outweigh the extra cost. Few bikers will spend much time in traffic jams, for example.

No matter which type of transport you prefer, it would seem that each have their plusses and minuses. If someone really prefers to drive a car, then it’s not worth pointing out how much cheaper it is to run a bike. Similarly, if someone prefers a bike, the benefits of a car may not matter much to them – it’s all down to what you prefer.

This entry was posted on Thursday, March 10th, 2016 at 7:29 am and is filed under Car, Motorbike. You can follow any comments to this entry through the RSS 2.0 feed. Both comments and pings are currently closed.