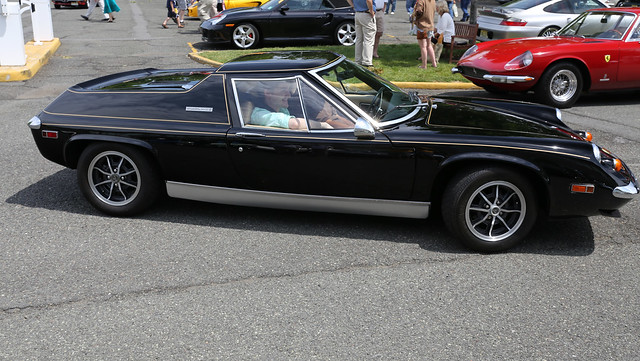 The very first Lotus was created in 1948, with the first vehicle being inspired by the Austin 7 Saloon from 1930. Co-founder Colin Chapman made certain that all of the body panels were so stressed that they added to the vehicle’s overall strength without unnecessary weight, an engineering philosophy that became a signature trait of the entire Lotus line. The company was founded in 1952.

The Lotus Seven, which was manufactured for fifteen years from 1957 through to 1972, was initially an upgraded version of the highly popular Lotus Mark 6, which had been the company’s first actual production car. The Lotus Seven came mainly in kit form, with a steel tube frame complete with aluminium bodywork and a variety of different engines. Type 10 was made in 1955, with Chapman enlisting the help of aeronautical aerodynamics engineer Frank Costin to bring aerodynamics in the world of racing. Type 11 was a Le Mans class winning vehicle that set a world record for an 1100cc car at 143 miles per hour, winning in its class at the 24 hours of endurance at Le Mans and taking the overall Index of Performance win. The 11 was revised to Series 2 specifications in 1956.

The 1960s saw Lotus Cars continuing to go from strength to strength, with the Type 19, which was manufactured from 1960 to 1962, one of the first racing vehicles to feature mid-engine design. The Type 23, which was manufactured from 1962 to 1964, became one of the company’s most popular sports racers ever. These were followed by the Type 26 and the Type 28, the former being the first to use the iconic steel backbone chassis with fitted glass fibre body, and the latter a collaboration with Ford of England to compete in Group 2. The 60s also saw the one-off Indianapolis Racer in 1965, the Type 40 in 1965, of which only three were built, the Type 43 from 1966 to 1967, which revolutionised the manufacture of fast racing cars, the Type 46 Lotus Europa from 1967 to 1974, and the Type 49 from 1967 to 1970.

From 1970 to 1976 Lotus manufactured the Type 72, the most successful Formula One car ever which has influenced all subsequent Formula cars. 1974 to 1982 was the time of the Type 75 Lotus Elite, while 1981 was the year of the DeLorean, the vehicle made into such a pop culture icon by the Back to the Future movies. Other vehicles manufactured in this time period include the Type 99T, the Etna M300 and the Excel from 1982 to 1992. The 90s saw Lotus producing ever more vehicles of varying success including the 340R, the Type 115 Lotus Elise G1, and even the Scorpion Tank for the British Army.

Lotus has not slowed down in the 21st century, with various models including the Type 119 Lotus Soapbox, the fastest go-kart in the world, and the Lotus Lada. The current decade has seen the development of the Elite 2015 which set a new benchmark for design, emissions and performance. Lotus continues to earn its place in British car manufacturing legend.

This entry was posted on Thursday, May 31st, 2018 at 6:45 am and is filed under Car. You can follow any comments to this entry through the RSS 2.0 feed. Both comments and pings are currently closed.