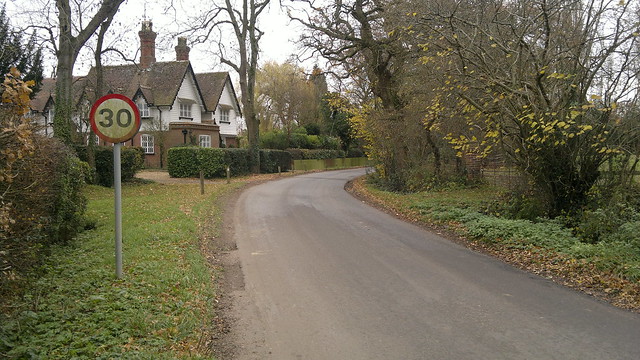 It is illegal to drive faster than the stated miles per hour limit on any road; at the same time, driving too slowly can also result in problems. Don’t keep your speed down to 40mph on a dual carriageway where the speed limit might be 60, as you can hold up other drivers and this can cause accidents. Speedometers are not always accurate, so it is best to adjust your speed a little to allow for that. If, for example you are driving in a zone that has a 40 miles per hour limit, then you should aim for something between 35 and 40 miles.

No matter what the stated speed limit might be, you also need to take in the weather conditions when you are driving. You might be allowed to drive at 60 or 70 miles an hour on the motorway, but if it is pouring with rain or there is ice on the road, then driving at that speed would not be appropriate.

No matter what time of night it is, nor how clear the road might be, you should always aim to stay within the stated speed limits. You should only drive at a higher or lower speed on these roads if there is a special notice, for example on a road that is well lit, the limit may be 40 rather than 30 miles an hour.

Very occasionally, you will see signs for a minimum speed; this is most often done in areas and situations where it is important that the traffic keeps moving – driving too slowly can mean tailbacks, which often results in an accident.

Type of Vehicle and Speed on Different Road Types

The type of vehicle e.g. car, bike, HGV etc, will also determine what speed you should be travelling at on the different types of roads. Cars and motorcycles should be driven at the speeds outlined above. If your car is towing a caravan or a trailer, then on single carriageways, your limit is 50 mph and on motorways and dual carriageways 60 mph, which is the same as the rules for both buses and coaches.

This entry was posted on Thursday, September 8th, 2016 at 6:28 am and is filed under Driving Safety, Driving Tips, Learning To Drive, UK Driving Law. You can follow any comments to this entry through the RSS 2.0 feed. Both comments and pings are currently closed.