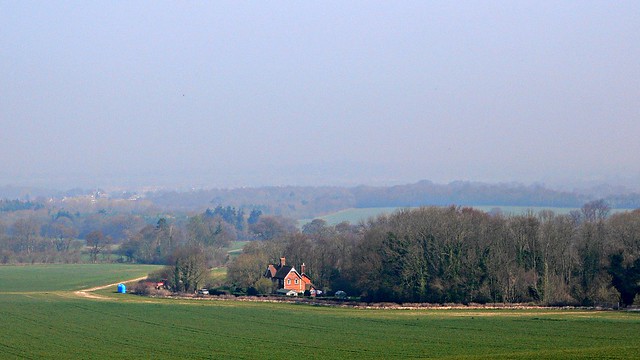 Spring is here, the time of year when many drivers and their families want to get out in the car and head for somewhere attractive. When you’re sat in a car it doesn’t matter whether it’s cold or warm outside; you can just enjoy the sights of the country. The English countryside is well known for its beauty, and spring is one of the best times to see it. If you’re not sure where you want to go, depending on which part of the country you’re in, here are a few ideas…

The Hog’s Back is in the North Downs in Surrey. When you compare this part of the downs to the areas east of it, you’ll see that it’s ridge, and not very wide. The size and position of the Hog’s Back is how it gets its name. Like most of the Surrey Downs, this is a beautiful part of England and well worth seeing on a Sunday afternoon. At just over five hundred feet above sea level, the ridge known as the Hog’s Back is the highest part of the Surrey Downs. The original name for the ridge was Gulldown, but it was certainly known as the Hog’s Back by the early nineteenth century, because Jane Austen mentioned it in a letter to her brother.

Still in the Surrey area of the English countryside, the Devil’s Punchbowl is another well known beauty spot. It’s a large space, much the same as a natural amphitheatre in Hindhead, Surrey. Both the Punchbowl and the surrounding land are now in the hands of the National Trust. The name Devil’s Punchbowl dates back to the late eighteenth century, when a map of the area was published by John Ogilby.

If you live anywhere near Derbyshire in the East Midlands, there are plenty of things to see. Just twenty minutes drive from the town centre, the beautiful Derbyshire Peaks begin and you can see the area known as Dovedale.

Dovedale, in the Peak District, is actually a valley that was formed naturally by the River Dove cutting its way through the area. Down in the Valley there is a set of stepping-stones across the river; there are also two caves, known locally as the Dove Holes. If you do decide to visit, be prepared to see lots of other people, as this is a very popular spot. The area known as Dovedale has been under the auspices of the National Trust for a good number of years. Some of the local area place names have Scandinavian endings such as Thorpe, as it became a Viking settlement around 800 CE.

No trip to the Peak District would be complete without a visit to the small town of Cromford, home of the mills. Sir Richard Arkwright built the first water mill at Cromford in the late 1760s. Take one of the tours around the mills to get a flavour of what things were like at that time.

This entry was posted on Thursday, May 12th, 2016 at 6:56 am and is filed under Car, Travel Tips for Drivers. You can follow any comments to this entry through the RSS 2.0 feed. Both comments and pings are currently closed.