Five of the Most Annoying Motorway Habits 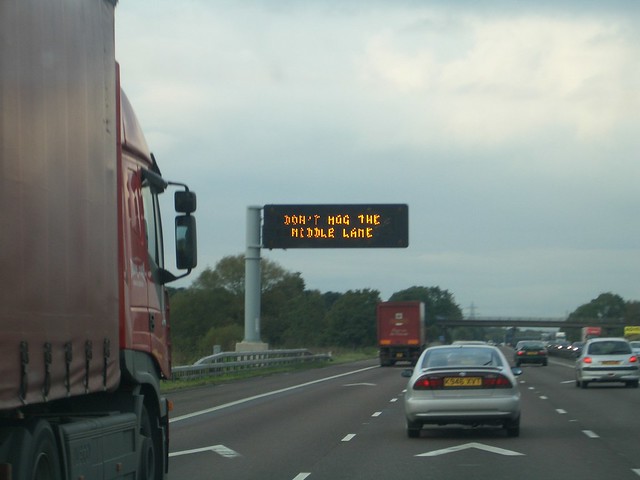 Everyone has an annoying habit, but when it comes to motorists and the motorway, what some of us perceive to be ‘annoying’ can often turn out to be extremely dangerous. To help better yourself as a driver, we’ve put together a breakdown of the five most annoying motorway habits for you to consider.

Whatever we’re queuing for, be it in a shopping centre or on a motorway, nobody likes to see someone push in. Sadly, many motorists still do their best to skip the queues when lane closures are up ahead by scooting down the empty, soon to be closing lanes (and annoying everyone else who isn’t doing so). As a result, those who have waited patiently are reluctant to let the queue jumpers in at the last minute and this then leads to dangerous driving. Forcing your way into a queue and putting other road users in danger creates unneeded frustration and also stops the traffic from moving smoothly.

Tailgating is the word used to describe the act of another motorist driving too close to your bumper. Failing to leave enough space between yourself and the car in front is illegal and incredibly dangerous for several reasons. Not only can it force the car in front to speed, it can also distract you from the road and enhances the chances of a rear-end collision.

3. Failure to use Indicators

Failing to indicate and make other road users aware of your driving actions is a common annoyance among many motorists. Indicators are a tool for communication and therefore play a huge part in keeping us safe. Those who fail to indicate create a breakdown in communication and as result are much more likely to cause a crash. Without letting others be aware of your movements you are forcing them to guess what your next action will be.

As one of the largest contributors to congestion on UK roads, inconsistent driving is a huge annoyance. Speeding up, slowing down and the constant repeat of this jerky style of driving is the perfect example of inconsistent driving. Not only does this massively contribute towards unnecessary traffic jams, it also burns fuel and causes brake wear.

5. Driving in the Wrong Lane

The code of the motorway seems to be misread by many people, or simply never learnt. By the look of our roads, you wouldn’t believe that we are actually meant to drive in the left hand lane at all times, except when overtaking. Driving in the middle and outside lanes for no particular reason is a disaster waiting to happen – causing the likes of major traffic jams and delays.

If all drivers kept a close eye on these five key driving elements, particularly when on the motorway, this would surely help to keep our roads safe, clear and calm most of the time. Help spread the word by sharing this article!

This entry was posted on Thursday, March 5th, 2015 at 10:11 am and is filed under Driving Safety, Driving Tips. You can follow any comments to this entry through the RSS 2.0 feed. Both comments and pings are currently closed.