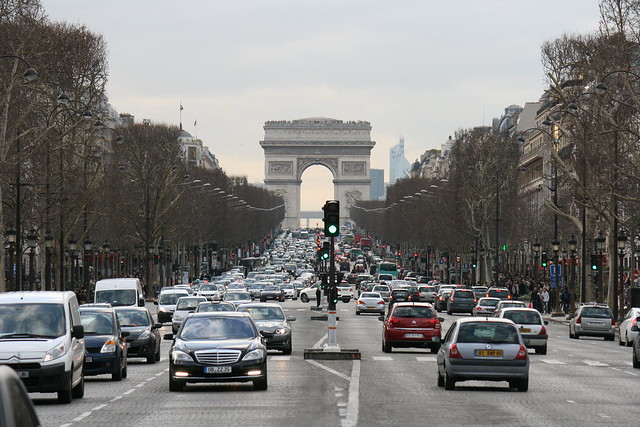 Last year, the UK driving test turned 80 years old, sparking complete media madness. Most of us have seen recent news stories with a timeline of the driving test, or statistics from the UK, but what about driving test facts from other countries? Here’s a few fascinating facts you may not have known:

Only a very limited number of driving tests are held in France each year, with every driving school being given their own quota for the number of learner drivers they can submit for test taking on an annual basis. Schools with a larger quota are, perhaps unsurprisingly, much more popular.

In Ireland, ‘Essential Driver Training’ dictates that learner drivers must undertake a minimum of 12 one hour lessons with an approved driving instructor before being able to take a test. Additional lessons can be arranged for learners that need more tuition or longer to practice.

Driving tests in the USA are typically taken in the learner’s own vehicle. for liability reasons. In fact, many DMVs across the country, such as the Florida DMV, actually insist that you must bring your own car, and it must be in good working condition prior to the test.

Australia is the only country other than the UK to include the hazard perception test as part of the theory test. It’s mandatory in many states including Victoria, South Australia, and New South Wales. While it’s not exactly the same as the UK version, it’s remarkably close to our test.

In Egypt, the driving test consists of simply being able to demonstrate you can move a vehicle backwards and forwards in an ‘S’ shape, and park the car safely and appropriately. It’s no wonder the Egyptian driving test is regularly cited as one of the easiest driving tests in the world.

It was only in 2013 that it became mandatory for examiners to sit in the vehicle during the practical driving test in New Delhi. Before this, testing was done via distant observation only. The pass rate in New Delhi fell sharply once examiners could see what the driver was really doing!

The driving test in Costa Rica is divided into three parts: the theory test, practical test, and a medical test which examines your eyesight, blood pressure, and notes any diseases you have. It aims to ensure that learners are fit and well enough to drive in a bid to reduce accidents and injury.

In Belgium, you must take your practical exam within 18 months of passing your theory test – not that unusual. However, if you’re learning with a friend or relative, not an approved driving instructor, you are given a different version of the learner’s permit and have up to 36 months.

In Canada, you must take a written examination just to get your learner’s permit! The good news is that this counts as the theory test, and you don’t need to take another theory test after that. Once you have your permit, you just need to ace the practical test to get your full driving licence.

This entry was posted on Thursday, September 17th, 2015 at 6:46 am and is filed under Driving Safety, Driving Test, Learning To Drive. You can follow any comments to this entry through the RSS 2.0 feed. Both comments and pings are currently closed.