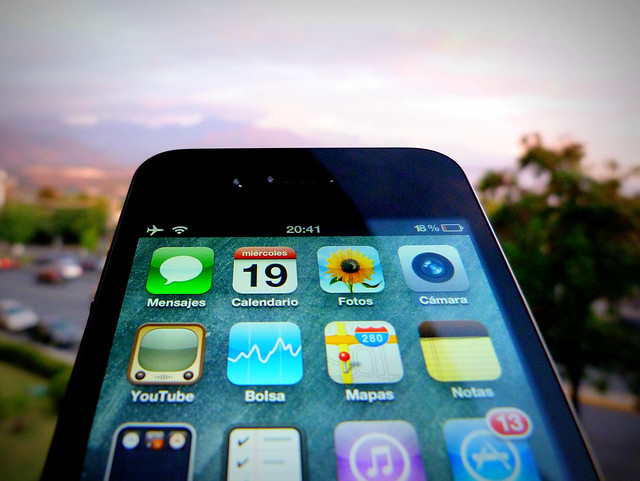 A smartphone can be a great asset, as you have access to all kinds of things that you don’t get with an ordinary mobile phone. While your smartphone may be an asset, at the same time it can also be a liability, especially for drivers.

The latest smartphones can do virtually everything that a desktop computer or tablet does, but in a much smaller package. The fact that you can download and listen to the latest music, or watch your favourite television programmes or films on this small device, makes it a temptation for drivers.

Streaming on the Road

There is no doubt that after a certain amount of time driving can become tedious, which really means that your attention wanders; this could result in an accident. It is even more dangerous when a driver decides to lighten the tedium of a long drive by streaming music videos or films from their smartphone while they are driving.You might think that nobody could be so stupid as to think that they can watch something on their smartphone while they are driving, but nonetheless, it happens.

When people are tired and bored they tend not to think sensibly and do things that could bring great harm to both themselves and others. There are hundreds of road accidents every year caused by a driver taking their mind off the driving and the vehicle in front, and transferring their attention to their smartphone. You may recognise that streaming films or music when you are driving is a stupid thing to do, and yet you may respond to calls or texts while you’re behind the wheel – which is just as dangerous.

People mistakenly think that because they have attached their phone to the car window while they are streaming, that they are less likely to be involved in an accident than someone holding it in their hand while they answer emails, or take a call. The fact is that either practice is extremely dangerous. When your eyes are fixed on what is happening on your phone, they are not concentrated on the road. When you’re not watching the road, it is all too easy to veer into the wrong lane, or to miss the fact that you are too close to the vehicle in front. The fact is that any use of a smartphone (or ordinary mobile phone) while you are driving puts both you and other road users in danger.

Streaming video from your phone while you are driving makes you a danger, both to yourself and to other road users, and there has recently been a Twitter campaign arguing against streaming when you are driving. Some drivers, and particularly younger ones, will stream and watch videos while they are driving, use snap chat and text their friends, without a thought for other road users. Even if you don’t have your phone in your hand, the fact that you are watching something on a screen means that your eyes are not on the road, and this is always dangerous.

This entry was posted on Thursday, July 21st, 2016 at 6:20 am and is filed under Car, Driving Safety, Driving Tips. You can follow any comments to this entry through the RSS 2.0 feed. Both comments and pings are currently closed.