Are Drivers Who Pass The Second Time Safer? 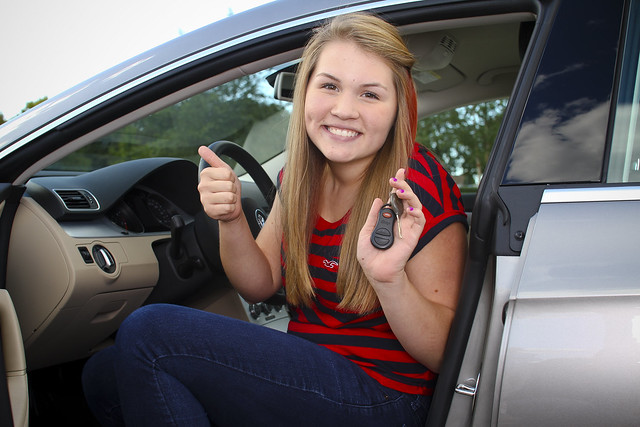 The question of whether or not drivers who pass their driving test first time round are safer on the road than those who pass second time is not a new one. Not only has it been argued about for years, researchers have released contradicting stats on the topic, making it even more confusing for us to pinpoint who/what is actually safer, which is exactly what we need to do in order to make Britain safer.

Some people believe that those passing first time clearly have a better ability to grasp the concept of safe driving much more quickly than those not passing first time. Others believe that the extra lessons and further testing actually ends up making our youngsters better drivers in the long run and installs good habits and embeds important details into the learners mind much more successfully.

Besides the competitive aspect of this question, the answer to this could result in a much more profound result than simply labelling one better than the other. Instead, this answer could change the amount of driving lessons we expect to receive and the duration in which we expect to pass. It can give us a greater understanding of what needs to be done (or changed) in order to ensure that everyone is just as safe as each other.

The last report conducted on this topic was in 2010. The study was undertaken by Continental Tyres and was carried out nationwide, concentrating on all ages from 17 to 65. What the report revealed was surprising and the key takeaway was that those who pass on their second attempt have fewer points on their licence and are less likely to suffer road rage or be pulled over by the police.

A similar report, also conducted in 2010, commissioned by the Department for Transport showed the complete opposite. The outcome of this study was published in the Telegraph and stated that ‘first time passers are 15% less likely to be involved in a collision’. The Transport Research Laboratory commented saying, “The confidence gained from passing a test first time influences the behaviour of a novice motorist.”

Of course, changes to the road exam and the theory test since will play a huge part in the result of up-to-date studies. In more recent years, the most important statistic brought to light is that over a fifth of deaths on British roads in 2012 involved drivers aged 17-24. Concentrating on how we can solve this shocking fact is far more important than labelling first time drivers as ‘better’ drivers and vice versa.

The point of such research and studies is ultimately to understand our roads better and as a result, make them safer for everyone. Until we have access to a direct answer to this question, it’s unlikely our roads will see a dramatic change anytime soon. The only way we can really control our drivers and their habits on the road is during the learning process. This process has been developed to give learners the best experience possible, but it is far from over and is likely to be reformed in-line with updated research as and when it is released.

Did you pass time or did you rack up a few embarrassing errors? What changes would you like to see in upcoming updates?

This entry was posted on Thursday, January 8th, 2015 at 10:45 am and is filed under Book My Theory Test, Driving Safety, Driving Test, Driving Tips, UK Driving Law. You can follow any comments to this entry through the RSS 2.0 feed. Both comments and pings are currently closed.