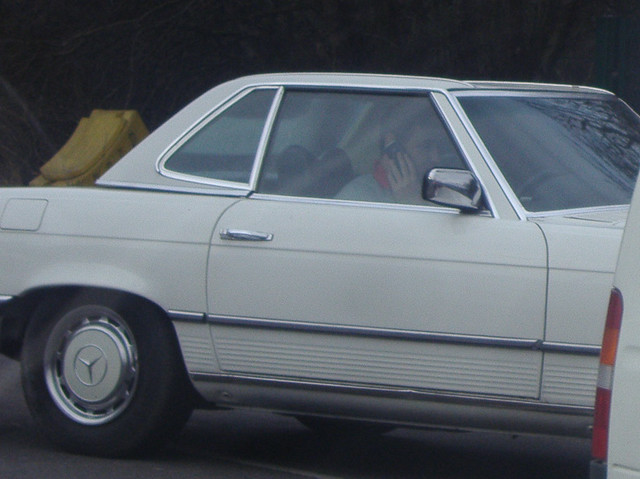 As part of the government’s new Road Safety Plan, drivers caught using a hand held mobile device whilst at the wheel are to face tougher penalties. Fines are set to rise from the current £100 to £150 and extra penalty points could be added to driving licenses. HGV drivers caught using their phones whilst driving could face a maximum of six penalty points, double the current limit of three.

This has become a strong government priority as mobile phone use is increasingly being cited as a contributory factor in accidents on our roads. In the past 10 years more than 205 people have been killed in Britain in accidents involving drivers on their phones. Last year, a record 492 road traffic accidents took place in which drivers were reported to be using mobile devices at the wheel.

A law was introduced in December 2003, making it illegal to use a hand-held mobile device whilst driving. However, recent statistics suggest that prosecutions for this offence are falling, with only 17,414 prosecutions in England and Wales in 2014, down from more than 32,500 in 2009.

This is despite the fact that the number of drivers committing the offence seems to be on the up – a recent study by the Department for Transport suggests that as many as half a million people a year may be using their phones at the wheel.

Pete Williams of the RAC said: “There is still an enormous gulf between what the law states – that handheld mobile phones should not be used behind the wheel – and what motorists see happening on our roads…drivers are routinely using their phones at red traffic lights, or even while on the move.”

In response to this, Transport Secretary Patrick McLoughlin highlighted the seriousness with which the government is taking the issue, saying: “Using a mobile behind the wheel costs lives – I want to see it become a social taboo like not wearing a seatbelt.”

Currently, people caught using a hand-held mobile device while driving can be issued with a fixed penalty notice, resulting in three points on their licence and a fine of £100. If a case goes to court, they could be disqualified from driving. Under the new plans, most first time offenders will have the option of an educational course to learn about the risks of distraction on the roads. Persistent offenders will face an increase from the current three penalty points to four, while fines will rise from £100 to £150.

For larger vehicles including lorries, where the consequences of driving while distracted could be more damaging, the penalty will increase from the current three points to six and fines raised from £100 to £150.

The changes are being welcomed by motoring groups, police and road safety charities. Edmund King, president of the AA, said: “This epidemic of hand-held mobile phone use while driving has already cost lives, and drivers have demanded action. Most drivers will welcome the increased fines and penalty points, which alongside the driver improvement courses, will help to tackle those who use mobiles at the wheel.”

This entry was posted on Thursday, February 4th, 2016 at 7:42 am and is filed under Driving Safety, UK Driving Law. You can follow any comments to this entry through the RSS 2.0 feed. Both comments and pings are currently closed.