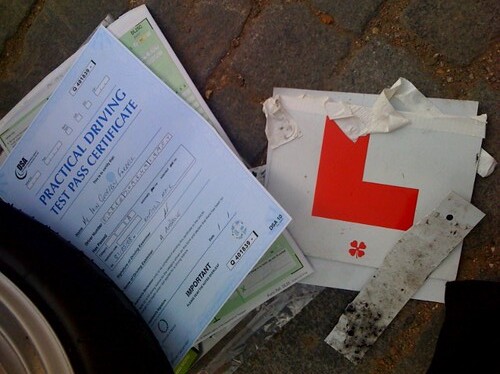 80 years have passed since UK driving tests became compulsory, but does where you take the exam make a difference?

Learning to drive is an important point in one’s life. Not only does it give you independence, it also plays some part in employability and ease of family life. Pass the test and you’ll be rewarded with all of this, but fail and you’ll be left with nothing but disappointment, a feeling of failure and a frustrating (and continued) reliance of public transport.

The DVSA is adamant that all driving instructors are regularly assessed to ensure test consistency across the country, but recent studies have shown that test location does bare some relevance ­- even if teaching and testing is consistent across the board. Interestingly, it is the circumstances of the roads within the location that make all the difference, making some areas worse than others for passing the driving test.

Expert Advanced Driving Instructor, Sandra Macdonals-Ames said; “Learners in rural areas are effectively learning test routes in a fairly predictable environment. If you practice for 20 to 30 hours your will inevitably cover all the local roads at one time or another. There are not nasty surprises.” And if these claims are correct, this means that city learners have to cope with constantly changing situations on the road, with multiple hazards to think of at one given time.

To map out the differences, we’ve found out the test centres with the highest pass rates and those with the lowest:

All in all, London and Birmingham seem to have come out at the bottom, with rural areas like Isle of Mull and Barra coming out on top.

Some areas seem to be so easy to pass in that lessons are at risk of being discontinued. Retired instructor Gordon Rae, who lives near the Isle of Mull test centre, said; “The DVSA told me a few years ago that tests on the islands were likely to be discontinued because they were not challenging enough. There aren’t any traffic lights, dual carriageways or roundabouts for students to practice with.”

He even went on to admit that he has previously had requests from people living on mainland asking if they can come over to Mull to complete the test – with an easy pass rate in mind.

The BBC brought this point up to a DVSA spokesperson, who said pass rates could be influenced by a number of factors but ultimately refused to say whether or not it is easier to pass at some tester centres than others.

This entry was posted on Thursday, July 30th, 2015 at 9:23 am and is filed under Driving Test, Driving Tips, Learning To Drive. You can follow any comments to this entry through the RSS 2.0 feed. Both comments and pings are currently closed.