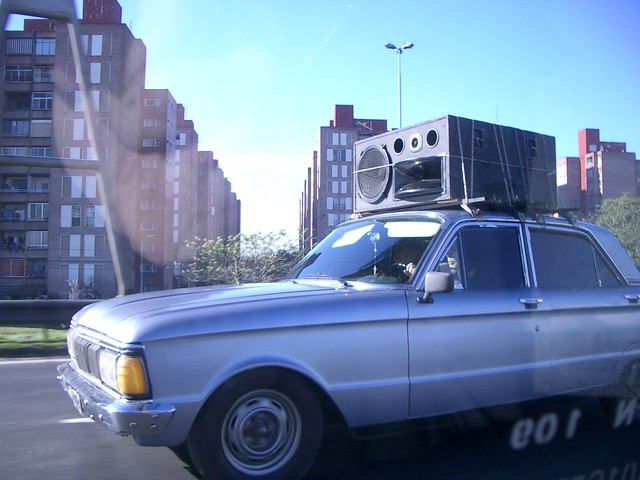 So, you’ve passed your test, and you’ve bought your first car. It’s not new. In fact it’s been around the block a few times, but it works, it’s legal and you love it. There’s just one small problem; there’s a rectangular void where the stereo’s supposed to be. This need not be a huge problem. A decent new one need not break the bank, particularly if the speakers are still in the car. It’s a good idea to get the best one you can afford; you can upgrade the speakers at a later date if necessary. Here’s a look at the basics of choosing a car stereo, and three options under £100.

First, you’ll need to make sure the unit has the inputs you want. Most people will be looking for an “Aux” input so they can plug in an MP3 player, but be aware that some stereos have the input on the back, making it more difficult to use. Increasing numbers of car stereos are being produced without CD players, so if you’ve never downloaded a track in your life, make sure yours has one. A USB port or two is also useful, as you’ll usually be able to charge a phone or other device as you go. Some units also allow you to use Apple’s iOS, or Android or Blackberry, to control the stereo via USB or Bluetooth.

Other things to look out for are a removable face-plate, so you can stick it in your pocket when you park the car, and the ability to use steering-wheel mounted controls with the unit; check with the retailer if you’re in doubt. Once you’ve made sure that all the basic features are in place, you can concentrate on what really matters – the sound quality! This is where buying from a bricks-and-mortar store scores over choosing a stereo on the internet. Most stores will let you listen to the unit, though bear in mind that a car stereo will sound quite different in your car; some frequencies will be lost due to engine, tyre and wind noise.The fact that you’re in a small, enclosed space also affects the sound, even if the car itself is unusually quiet.

It’s possible to get a new car stereo for under £50, though it’s unlikely you’ll find one with every feature you want. The Sony DSX-A40UI is available for around £45, and while it doesn’t have a CD player, you can play music from a thumb-drive (USB stick), and there’s an Aux input so you can plug in an iPod. The radio receives FM and AM, and the detachable faceplate is small and convenient to carry.

At around £70, the Pioneer MVH-X360 is well worth a look, with 4 x 50 watt outputs and Bluetooth capability – useful for taking calls on the move. There’s also a 5 band EQ (equalizer) which will allow you to tailor the sound to suit you, removing some of the frequency problems mentioned above.

Our final sub – £100 choice is another Pioneer unit, the DEH-X3600UI. This one comes with a CD player as well as USB and Aux inputs on the front, as well as smartphone control and charging. (Note that not all stereos have sufficient power to charge a phone.) The display colours can be customized, and again there’s a 5 band EQ. Full retail price is well over £100, but you should be able to find one for under £75; great news for those who need a CD player.

This entry was posted on Thursday, September 4th, 2014 at 12:00 pm and is filed under Car Accessories. You can follow any comments to this entry through the RSS 2.0 feed. Both comments and pings are currently closed.