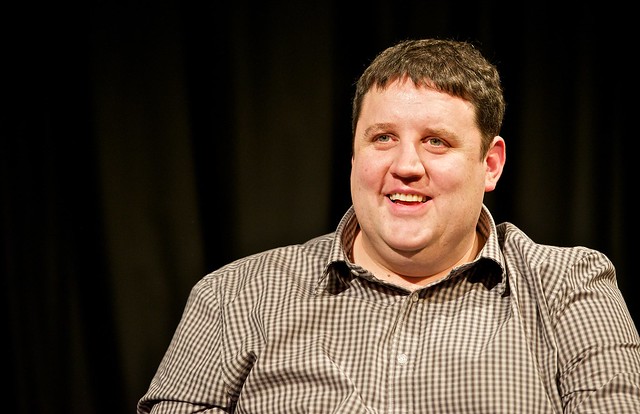 Famed for his family-friendly sense of humour, and more recently for the success of his new BBC1 show ‘Car Share’, Peter Kay is the dream guest for many TV programmes, comedy nights and panel shows. But Peter Kay wasn’t renowned for his driving skills.

Promoting his new show, in which we see him at the wheel of a car, driving a female colleague to and from the supermarket where they both work, Peter Kay was recently interviewed by Alan Carr on ‘Chatty Man’. It was during this interview that the star unveiled that despite his motor-based comedy series, in real-life he’d rather be a passenger, as it actually took him five attempts at the test before he finally succeeded.

The audience were a mixture of shocked and amused, as Peter went on explaining, “I had five instructors. One, a guy called Barry, used to get his pipe out and do some shag and talk t me. I remember him saying he would bring me photos from Bulgaria. Another one called Mandy had a club foot. I don’t know how she did it but she did.”

“I’ve no sense of space. I am always bashing my car or hitting things if you go into bays or things. I just don’t think I was ready when I was younger. It cost a fortune. I did it that long they brought out the theory test. That was hard. “People were like, ‘Why don’t you just give up?’ People ran out of references when I kept failing my test. My mum cant watch ‘Car Share’. She says, I can’t enjoy it as you are not watching the road’ but I have told her that I can’t act and drive. I don’t want to shine light on the magic for her.”

Luckily for Peter, his misfortune with driving never held him back and his recent comments came in just as BBC insiders announced Car Share is set to get a second series, a possibly even a Christmas special!

A source said, “We definitely want the series to continue and are just working on the details with Peter and are hopeful it will happen. It was such a hit a second series would be a no brainer for the BBC.”

With every scene captured in the front two seats of the car, the comedy relies on realistic conversations and scenarios that viewers can relate to. So far we’ve had offering someone a lift when you don’t really want to, the hectic late-for-work rush and the time you fit hands-free in the car for the firs time. The question is, what would you like to see in the next series?

This entry was posted on Thursday, August 6th, 2015 at 9:46 am and is filed under Book My Theory Test, Driving Test, Learning To Drive. You can follow any comments to this entry through the RSS 2.0 feed. Both comments and pings are currently closed.