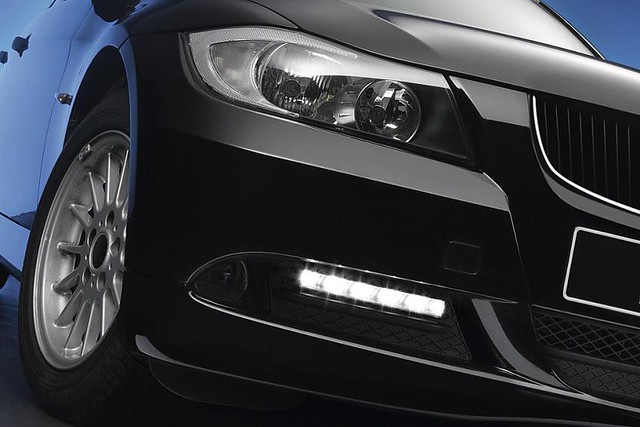 Daytime running lights are confusing old and new drivers alike, leaving them baffled as to whether they are legally required to fit them to their vehicles, new research has revealed.

According to the survey of 2061 drivers conducted by an RAC Opinion Panel, 62 percent of motorists claim to have seen other vehicles driving without rear lights in overcast, dull conditions while still having their front lights in use, although 15 percent had not noticed such instances, and 23 percent were uncertain. Since 2011 drivers in the United Kingdom are legally required to have daytime running lights fitted at the front of new EU small vehicles and vans, but it is not compulsory for them to be included by manufacturers, even though a number of them have actually chosen to do so.

What are daytime running lights?

Daytime running lights are essentially low-powered bright lights that usually make use of LED technology. They are now a common sight on the roads of the United Kingdom and remain in operation as long as the vehicle they are attached to is running. The purpose of daytime running lights is to make it easier for vehicles to be noticed by other road users such as other cars, cyclists and pedestrians during dull weather, in the belief that this will help to cut down on collisions and other road accidents.

47 percent of survey respondents said that the vehicle they used most frequently does not have daytime running lights, while 29 percent said they were fitted only at the front, and just 14 percent claimed to have them at both ends of their car. Eight percent claimed to have daytime running lights at the front of their vehicle but were uncertain if they had them at the rear or not.

The findings have been described as potentially “very worrying” by Pete Williams, the road safety spokesman for RAC. He says the results imply that many motorists are not using their rear lights because they are under the impression that they switch on automatically, as is the case with the front lights – or that drivers just decide there is no reason to turn on their sidelights or dipped lights, as they do not believe the light conditions are bad enough to merit doing so. Williams says that drivers should check to make sure that their vehicles have actually been fitted with daytime running lights at both the front and the rear.

How effective are daytime running lights?

The effectiveness of daytime running lights was investigated by the European Union fifteen years ago, discovering that there was the likelihood of a reduction in the number of multi-party collisions when the lights had been fitted, with the reduction ranging from 5 percent to as much as 15 percent. However, these results contradicted those from an American study conducted five years earlier in 2008, which suggested that the likelihood of reduction was as small as 0.03 percent.

This entry was posted on Thursday, December 27th, 2018 at 6:24 am and is filed under Car, Driving Safety, UK Driving Law. You can follow any comments to this entry through the RSS 2.0 feed. Both comments and pings are currently closed.