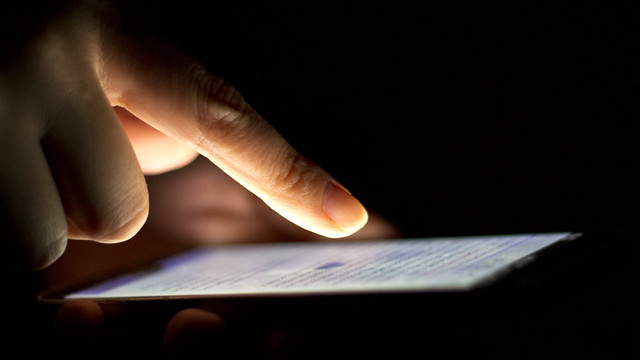 Gone are the days of textbook revision – learner drivers today have a wealth of resources, including our own range of software, available to them to help them practice their driving and Highway Code knowledge. The beauty of mobile apps is that they’re always in our pocket, so whether you’re on the bus, waiting for friends, or even sat on the loo, you can give yourself a quick test to help you prepare for your test. But which apps are the best? Which apps can really help you boost your theory test knowledge? Here are three different apps – available for both Apple and Android – that we think are great.

As Auto Express Magazine’s 2015 theory test app winner, and the Telegraph’s ‘Best Buy’, this app has been used by more than 5 million learners. The highlight is the ‘explain’ feature, which gives the official DVSA reasoning behind your right or wrong answers to help you learn.

Well Informed Media claim that you’re twice as likely to pass your theory test when you’ve been using this app! The best part of this app is that it combines practice for the multiple choice and hazard perception aspects, so you don’t need to download and use a separate app.

Using official DVSA practice questions, more than 2 million learner drivers have downloaded and used this app. It’s great because it offers both practice and test modes, where you’ll be timed and scored just like on the real test. And there are real prizes for the highest scores, too.

What to Look for in Driving Theory Test Apps

If you search the Apple App Store or Google Play, you’ll get a feel for just how many different apps are available that promise to help you pass the theory aspect of your driving test. So how do you tell a good app from a bad app? Here are some things to look out for during your search:

Keep in mind that the UK driving test has evolved within the past few years. In fact, before 1996, there wasn’t even a theory test at all! Big changes were introduced in 2002 with the launch of the hazard perception section, so look for an app that’s completely up-to-date.

Free or paid? That’s really up to you, but always beware of hidden costs and in-app purchases. Focus multimedia’s ‘Free’ Hazard Perception app, for example, only includes a single scenario – for more scenarios, you’ll need to purchase the full version of the app.

It’s always worth reading reviews and recommendations from other users – this can help you decide if an app is right for you. If possible, look for ‘official’ apps like those from the AA, or apps that have been rated by authoritative sources such as Auto Express Magazine.

This entry was posted on Thursday, August 13th, 2015 at 6:40 am and is filed under Book My Theory Test, Driving Test, Learning To Drive. You can follow any comments to this entry through the RSS 2.0 feed. Both comments and pings are currently closed.