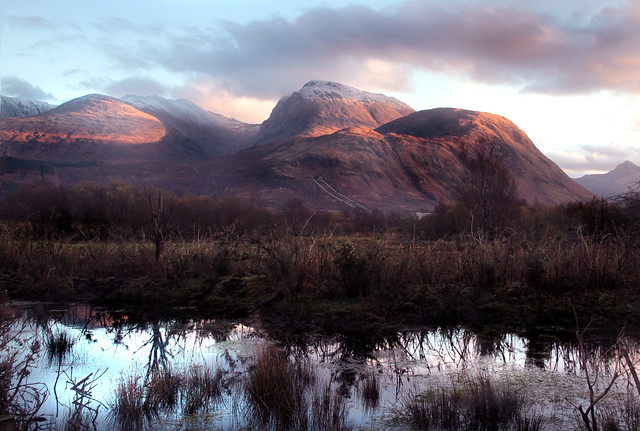 It’s that time of year again. Christmas is over, New Year has come and gone, the weather is damp, the sky is grey and it feels like winter is never going to end. One way to beat the January blues is to get planning for the summer months to come. This year, why not take yourself off on a driving holiday? Go with a group of mates, a special someone or maybe just take some time out for yourself. Here’s our shortlist of four top driving holiday destinations, taking you from Brazilian mountain tops to Scottish lochs; from roughing it in the Wild West, to pure Hollywood glamour.

This winding and precipitous zig zag route tumbles past waterfalls and mountain lakes, through canyons and up mountainsides, boasting stunning scenery from start to finish. At its highest point, drivers may even catch a glimpse of the Atlantic ocean some 100 km away. Warning: not for the faint hearted! The journey of the Sierra do Rio do Rastro goes from 4,790 feet to sea level in only eight miles, and drivers have to contend with 250 corners along the way a truly breathtaking drive.

An article in Life Magazine in the 1980s gave the name to this stretch of highway spanning the width of Nevada. Running roughly parallel to the old Pony Express Trail, the Loneliest Road will take you past snow-capped mountains, through desert blanketed with sage brush into the heart of a landscape rich with wildlife and history. The Loneliest Road gives you the chance to see wild horses and deer, to visit ghost towns or camp out beneath the stars. A real taste of the Wild West; wide blue skies open above you and hot white desert sands stretch out below.

Winston Churchill described this road as the eighth wonder of the world. Known as one of the most scenic drives on Earth, the Strada della Forra crosses the Brasa river gorge from Lake Garda to the plateau of Tremosine. Surrounded by beautiful scenery, the route cuts through mountain rock for a visually stunning drive. It is a Hollywood favourite, and featured in one of James Bond’s most thrilling car chases in the film Quantum of Solace. This is a beautiful but difficult drive and is recommended for skilled drivers only. The route is especially breathtaking when travelled in the early evening light.

Road to the Isles, Scotland

Finally, something a little closer to home. Stretching from the base of Britain’s highest mountain, Ben Nevis in Fort William, to the bustling port town of Mallaig, the Road to the Isles passes through some of Britain’s most spectacular scenery, from hill scenes to white sandy beaches. This is a road steeped in history and romance, as it passes Glenfinnan, where Bonnie Prince Charlie launched his campaign for the crown in the Jacobite rising of 1745. If you’re lucky you may even spot the scenic Jacobite steam train – made famous by its appearance in the Harry Potter films.

This entry was posted on Thursday, January 28th, 2016 at 7:31 am and is filed under Travel Tips for Drivers. You can follow any comments to this entry through the RSS 2.0 feed. Both comments and pings are currently closed.