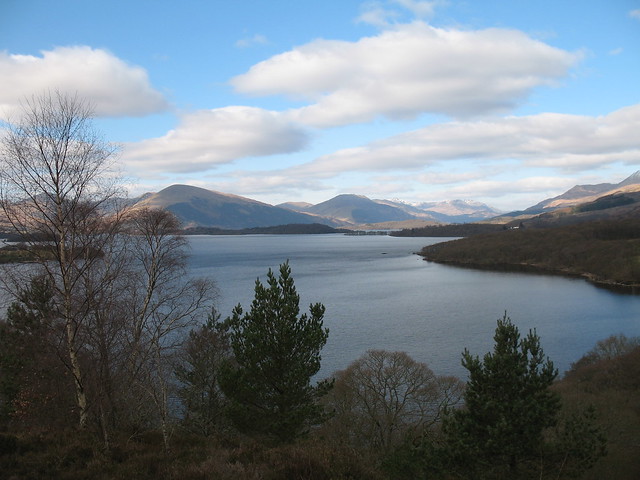 Perhaps the main attraction for most young drivers is the freedom that passing your test offers. Outside England, there’s some unforgettable scenery – and none of it is really that far away! Scotland, for example, is a beautiful part of the British Isles and there are enough mountains, rivers, and green fields to please everyone.

The country has a fascinating history, and there’s plenty to see and to learn about the country, its culture, and its inhabitants. Most people will have heard of Loch Lomond and Loch Ness, if only because of its reputed monster. Driving around the lake areas of Scotland, you will hear some strange tales and see some of the most beautiful scenery you can imagine. See the mist falling on Loch Lomond or Loch Ness, and you will realise why some strange tales have arisen around these areas.

Edinburgh is the capital city of Scotland and has a lot to offer its visitors, including a huge castle, which you can reach by driving along the Royal Mile. Drive through the streets of Edinburgh and see the wonderful terraces of Georgian houses, or, if you are really into history, then about ten minutes picturesque drive from Edinburgh city centre is Rosslyn and the Rosslyn Chapel. The chapel is a must see for any visitors to this part of Scotland as it’s reputed to have been built by the Roman Catholic organisation known as the Knights Templar.

If mountains are your thing then you should take a drive through the Arrochar Alps, which are in Glencoe off the A83, to what is known as the Rest and Be Thankful Pass. The hills are split on two sides by a lake running down below; there is a great viewing point and a picnic area where you can rest and just drink in the scenery. Take the road further through Glencoe and you come to the Fort William Pass, which is on the main route through Scotland’s highlands. The view is so beautiful it’s almost beyond description.

Wales is another beautiful part of the British Isles and there are plenty of places that are worth seeing. Take the road along the River Wye and on into the Wye Valley where there is lots to see, including the Upper Wye Gorge. If you then take the road through the Black Mountains, you’ll come to what is known as the Gospel Path. You will then see the Llanthony Priory on the road by Hay on Wye.

If you are travelling round the UK then you might want to take a detour through Northern Ireland. Outside Belfast is Newcastle, County Down where you can see Ireland’s highest point at 2,700 feet. As in the song, this is the place where the Mountains of Morne sweep down to the sea. For those who are interested in history, particularly the early Christian settlements in Ireland, then drive down to Lough Erne, and just over a mile from Enniskillen you will see a round tower, a monastery and shrines that date from the earliest days of Irish Christianity.

This entry was posted on Thursday, March 24th, 2016 at 7:36 am and is filed under Travel Tips for Drivers. You can follow any comments to this entry through the RSS 2.0 feed. Both comments and pings are currently closed.