8 Ways to Fail Your Driving Test! 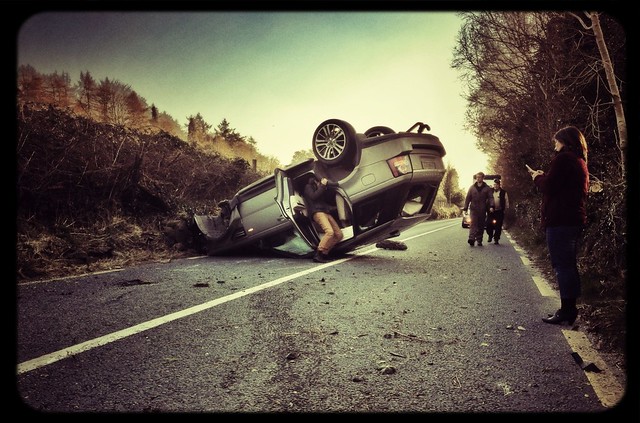 People fail their driving tests for a number of reasons, but there are some causes that are more common than others…

One of the most common reasons for people failing their driving test is making poor observations while at junctions. Failing to look properly prior to emerging from junctions into the pathway of other road users is guaranteed to get you marked down by your instructor – it is crucial to ensure that it is safe before you proceed from a junction.

Junctions are often the location of another reason for failure during driver’s tests. Vehicles should be correctly positioned when trying to turn right at a junction, and should not cut the corner when doing so. It is also crucial for drivers to watch out for cyclists, motorcycles and any pedestrians who may be crossing the road when turning.

The ability to safely move off is another issue that many fail when taking their driving test. When you move off from the roadside, it is vital to make certain that you look around and take extra care to check all of your blind spots, as well as ensuring you are making use of the correct indicator.

Moving off and control

Many new drivers are caught out by the need to give the correct response to traffic lights. Mistakes that contribute to driving test failure include; still waiting at a green filter light despite it being safe to proceed, and remaining at a stop line even though it is safe to start moving. Other common errors include failing to conform to a red light, and stopping after having passed the advanced stop line in areas that have been specially designated for cyclists.

Road markings also need to be observed closely. Faults can be marked down for failing to follow directional arrows and crossing the road’s solid white centres unnecessarily, as well as coming to a halt in a yellow box junction if the exit is unclear. Make sure you know the rules well.

Reverse parking is another of the biggest reasons for driving test failures. Driving tests require their participants to either reverse into a parking area, usually one at the test centre itself, or to perform a parallel park while out on the road. If you are forced to reposition in order to correct accuracy or after a loss of control, you will be marked down on your test.

It seems hard to believe that something so simple could cause new drivers to fail their driving tests, but one of the most common reasons for failure is mistakes made in steering. It is vital to be able to keep a steady course during normal driving, but common faults include failing to follow the contours of the kerb – and even mounting and dismounting kerbs.

This entry was posted on Thursday, June 28th, 2018 at 6:38 am and is filed under Driving Safety, Driving Test, Driving Tips, Learning To Drive. You can follow any comments to this entry through the RSS 2.0 feed. Both comments and pings are currently closed.