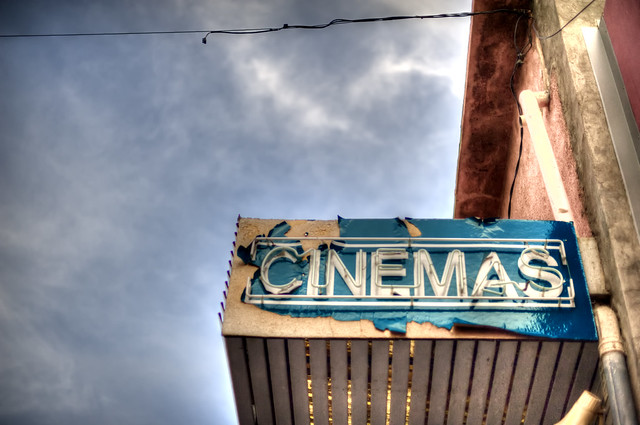 Even those of us who may not be experienced drivers sometimes enjoy a great road movie. The best of these films keep the audience rooted in their seats, glued to the screen, and wanting the trip never to end – but the main reason people enjoy road movies is seeing various places as they appear in someone else’s eyes. This short article looks at five of the best road movies, whether the mode of transport is car or motorcycle. Ideal for when it’s too cold to go out for a drive…

Although this film first came out twelve years ago, it is still a firm favourite with anyone who loves road movies. The film was directed by Walter Salles, and essentially charts the rise of Che Guevara in the early 1950s.

The action centres around the younger Che Guevara, before the revolution, and his sensational trip on a Norton 500 motorbike. He went with a friend, and the film follows their trip from Buenos Aires and on to Venezuela by way of the Andes. It was undertaking the trip on a bike that really made the journey of a lifetime – and a memorable film.

Little Miss Sunshine, released in 2006, and directed by Jonathan Dayton and Valerie Faris was an Oscar winner, and follows the Hoover family, and their memorable road trip in an old camper van. The film highlights the family’s often very funny arguments as they go to Redondo Beach from Albuquerque, in their bright yellow van.

The 2012 film was directed by Alexander Payne and focuses on a trip to Nebraska made by a father and his son. It’s a difficult trip, not least because the father is over 70 at the time and has a serious case of dementia. The father decides that they should take the trip in their car because he’s been told that he has won a million dollars – which the son said was a scam. Nevertheless they set off, and the real charm of this film comes from the old man, and the warm relationship between him and his son.

The Brown Bunny, directed by Vincent Gallo, almost caused a riot at the premiere in Cannes, 2003, due to a graphic sex scene. The film’s director edited and acted in the film, as well as doing his own makeup. What make the film so memorable, other than the sex scene, is what has been called the “visual poetry”, and the way it portrays how lonely long distance driving can be.

Broken Flowers was directed by Jim Jarmusch and starred Bill Murray. The film was released in 2005. At the start of the film, Don Johnson, a computer whizz, has just received anonymous mail that tells him he’s the father of a son of nineteen, and whom he’s never met. The relationship complications are just a background story for the trip itself, which Johnson (played by Murray) undertakes in a rental car. The film sees the protagonist driving across America with the aid of printed maps, as it was released before the proliferation of either the satellite navigation device or the iPhone!

This entry was posted on Thursday, January 5th, 2017 at 7:00 am and is filed under Uncategorized. You can follow any comments to this entry through the RSS 2.0 feed. Both comments and pings are currently closed.