5 Bad Driving Habits To Kick In The New Year 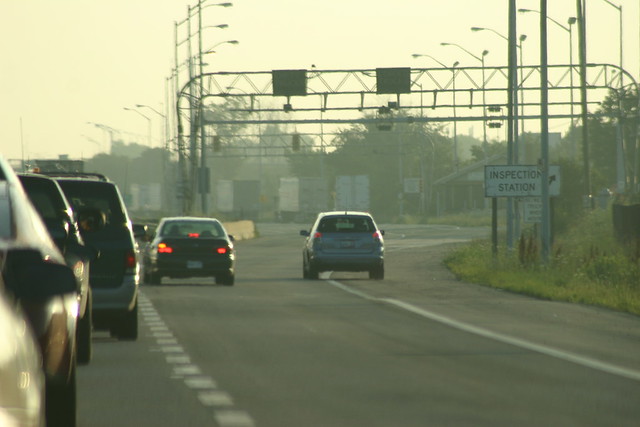 How many bad driving habits do you think you have? Strangely enough, most people believe that they are good drivers. In fact, up to 90% of drivers deem themselves to be a ‘good’ driver. Nevertheless, it’s easy to spot a bad driver or a driver with bad habits on the road. Because of the simple fact that this is dangerous, this New Year we believe drivers could benefit from a little re-evaluation of their ability to drive. To provide a helping hand, here are 5 bad habits you should kick first.

Those who use cruise control are much more likely to spot inconsistent speed in other drivers, although we’re sure plenty of others have also experienced this on UK roads before. Taxi drivers worldwide are renowned for speeding up, slowing down, speeding up and slowing down again. Not only does this present danger in terms of leaving no margin for error, it also increases fuel consumption and will eventually wear brakes down.

2. Pulling Out & Pushing In

Have you ever had the pleasure of driving through London? If you have, you’ll know that it isn’t actually much of a pleasure at all. Pushing in and pulling out on people happens across the globe, but city centres are usually comprised of the busiest roads. As a result of these busy roads, some drivers become impatient, selfish and frustrated and simply pull out into moving traffic, junctions and exits, dangerously making everyone else have to brake for them. Pushing into to any queue is rude, but on the road it is life threatening, as is pulling out.

Not all last-minute lane changers mean to cause harm; they simply don’t know the area or are using a Sat Nav (which of course waits until the very last second to tell you which turn-off you need to take). However, some drivers try to gain themselves a slight speed advantage by not waiting in the correct line. Not only does this show a huge lack of respect for other drivers, it also contributes to creating road rage and frustration among those actually following the rules.

For many pedestrians, crossing certain roads means not being given the right of way that The Highway Code entitles them to. Here it is stated that drivers must give way to pedestrians who have already begun crossing a road, even when pulling left or right into a junction. In the UK, this is often forgotten and in turn drivers are now forcing pedestrians to put themselves in danger. Many drivers are also inconsiderate when it comes to blocking pedestrian crossings, making it so people are pushed out of safe crossing zones and into unsafe areas.

Turning three lane motorways into two lane roads is the reason behind some of the worst traffic jams in history, yet drivers still misuse the over-taking lanes for no reason. Failing to keep left is such a widespread problem yet correct use of these lanes would ease up traffic dramatically.

This entry was posted on Thursday, December 25th, 2014 at 2:23 pm and is filed under Driving Safety, Driving Tips, UK Driving Law. You can follow any comments to this entry through the RSS 2.0 feed. Both comments and pings are currently closed.