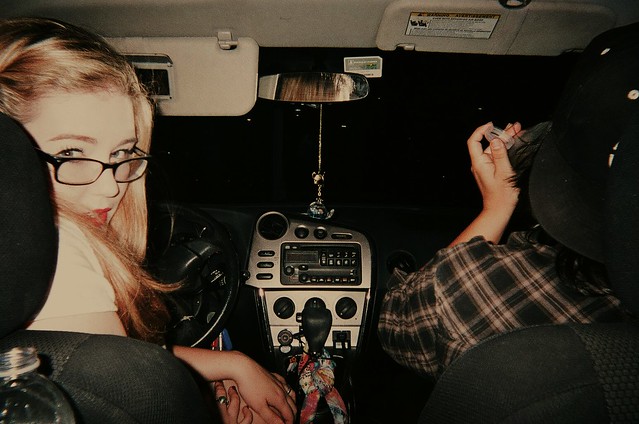 In April 2014, the Department for Transport released an in-depth report on young drivers. It contained facts, stats and research regarding young people on the roads. Though it was an interesting read, the information given was lengthy, which is why we wanted to share a short, easy-to-read post containing 10 key facts from the report.

5. And young car drivers drove only 6% of all miles driven in cars in Great Britain in 2012. To expand on that fact, on average young drivers travel less than half of the distance travelled by those drivers that are 25 and over.

6. According to a 2002-2012 survey, roughly half of 17-24 year olds with a full driving licence drive to work. And around 10% of young drivers drive to their place of education, be it college, school or university.

7. The average commute to work for a young driver is 8.5 miles. The average distance driven to a place of education is a slightly further 10 miles.

8. In 2012, 54% of all 17-24 year olds in Great Britain were non-licence holders. But those within this age group that are licenced seem to come out to play at night more often than most. In fact, 6% of all miles travelled by young drivers are at night!

9. Sadly, young drivers are more at risk during these hours too. Between 2008 and 2012, 20% of fatal crashes involving young car drivers occurred between 10pm and 4am.

10. When it comes to motorways, young drivers have an equal amount of collisions as older drivers. That’s 4% of all collisions, and even more reason to book some motorway lessons with Book Your Theory Test Online…

Not only do these facts display areas for improvement, they also show us some interesting things about youngsters on the road. Knowing this information can help you to gain a better understanding of our roads and what you can do to prevent collisions. You’ll also now have a slightly better insight to the habits of 17-24 year olds with a full driving licence, which isn’t always a good thing, but in this case is!

This entry was posted on Thursday, July 9th, 2015 at 9:35 am and is filed under Driving Safety, Driving Tips. You can follow any comments to this entry through the RSS 2.0 feed. Both comments and pings are currently closed.